Criminal Minds season 14 episode 12 is coming up on CBS tomorrow night and judging from the latest sneak peek, the BAU is facing one of their stranger cases yet.

Related Criminal Minds video! – Be sure to get some more thoughts when it comes to the future of Criminal Minds in the video at the bottom of this article. Also, be sure to subscribe to CarterMatt on YouTube for more news and you can check out our official show playlist.

If you’ve seen much of the promotional material that is out there for this episode, then there’s a reasonably good chance you know about the Pied Piper themes that are present in “Hamelin.” This is a story about someone who is luring children out into a park and capturing them. Judging from the sneak peek (we have that for you below), the thought is that many of these kids are in somewhat of a zombified state at the time in which they are drawn out. However, some new evidence suggests something to the contrary — that, at least on some level, these kids are capable of some element of thought when they are being drawn out. One of them was able to take down a barrier that was designed for them to avoid going outside. Because of that, the new theory is that there has to be some sort of connection between the UnSub and some of their young victims.

So how should we describe a lot of what is going on here? In a word, it’s creepy — and this is one of the more interesting mysteries that we’ve seen this show bring us this season. After all, there had to be some sort of tangible reason why these kids would head outside of their homes and there is no evidence that the UnSub is breaking in. Expect this case to offer up some answers, and then at the same time something a little more personal.

Based on the information that is out there, this Criminal Minds will feature an appearance by JJ’s mother, which gives us another great chance to explore some of her life outside of the job. It is keeping with the theme of this season and that is something that we certainly appreciate — it makes all of these stories stand out a little bit more and we wish that this is something that was more present throughout the entirety of the show’s run because we have been immensely enjoying this season.

Of course, be sure to come back tomorrow night for the full CarterMatt verdict on episode 12, as well as a first look at some of what is coming your way on episode 13. Following Wednesday’s episode, there are still three episodes coming this season!

Related News – Be sure to get some more information regarding the next new Criminal Minds episode!

What do you think is coming on Criminal Minds season 14 episode 12? Share some of your thoughts and hopes below! (Photo: CBS.)

Evaluating, problem-solving, improvising—these are not your average zombie's strong suits. So what's at play here? Find out on Wednesday's new #CriminalMinds at 10/9c. pic.twitter.com/t5cllnP1NP 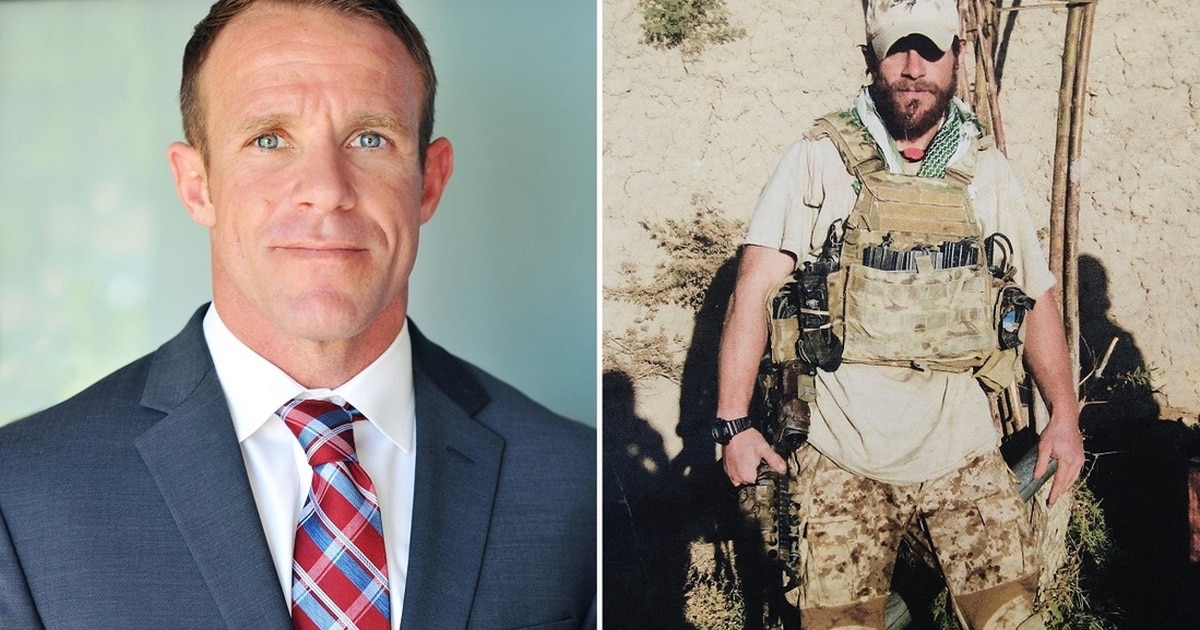 Charged earlier this month with multiple war crimes in connection with the 2017 stabbing death of a detainee in Iraq, Chief Special Warfare Operator Edward “Eddie” Gallagher vows to fight for his freedom.

An Article 32 hearing with a special military judge sent from Florida will begin to sift through the evidence against Gallagher on Nov. 14 in San Diego, according to Stackhouse.

The judge will then recommend which charges should be forwarded or withdrawn by an admiral who could convene a general court-martial. Gallagher has been accused of murder, aggravated assault, obstruction of justice and professional misconduct.

“While the burden is very, very low to send the charges to court, Chief Gallagher will, like he has on every combat deployment, fight. Fight to clear his name, fight for justice, and fight to expose the lies that are being made against him,” said Stackhouse in a written statement emailed to Navy Times.

Multiple criminal defense attorneys, senior military commanders in the Navy and several special warfare units told Navy Times that the ongoing war crimes probe isn’t focused solely on Gallagher but includes more than a dozen SEALs who also deployed between 2017 and early 2018 near what then was Islamic State-held Mosul, Iraq.

NCIS agents are not only probing a number of serious allegations involving the death of the detainee, but also images that allegedly depict SEALs posing with the body. They’re also exploring concerns about how Naval Special Warfare Group 1 officers and senior enlisted leaders handled the initial reports about war crimes and the internal investigation that followed in their wake, they say.

But the central question in Gallagher’s case is whether he and other SEALs rendered first aid to the wounded Islamic State fighter or if they executed him.

Because the military judge has sealed most evidence in the case and has placed a gag order on all parties, Stackhouse said he can’t address specific allegations or delve into most details of the NCIS probe.

“But what we’ve learned in our independent investigation into these allegations is that a crime simply didn’t happen,” he said.

Stackhouse traces the beginning of the NCIS investigation to April, while Gallagher was preparing to retire from the Navy and leave California for Florida.

He’s asked military prosecutors for a copy of the June search warrant, obtained through a federal magistrate in San Diego, that allowed NCIS agents to search Gallagher’s residence in military housing in Point Loma, but they haven’t provided it yet.

“They held Chief Gallagher at NCIS, while they knew his wife was at work,” Stackhouse said. “NCIS laid siege to the house in the morning hours ― weapons drawn — and inexplicably traumatized Chief Gallagher’s young sons by pulling them out of the house at gunpoint in their underwear.”

Originally from Indiana, Gallagher, 39, enlisted in the Navy in 1999. He’s been a SEAL for 14 years, following a stint as a corpsman attached to the Marines, according to his military records.

Gallagher was advanced to chief on Nov. 16, 2015. His awards include three combat valor awards — two Bronze Stars with V device and one Navy/Marine Corps Commendation Medal.

He’s received two other commendation medals from both the Navy and Army.

He’s been married for 11 years. Gallagher’s wife, Andrea, told Navy Times that the family “suffered in silence” while whispered allegations against the SEAL mounted during the spring and early summer.

She echoed Stackhouse’s version of both Gallagher’s initial detention in June and his Sept. 11 arrest.

“My husband was receiving holistic care and treatment from a program we waited a year to get into and was ripped out without warning — shackled like a common criminal and held in solitary confinement for 72 hours,” she said. “He has now been in jail for nearly six weeks for pretrial confinement.

“These allegations are malicious and shameless, and I know that my husband did not do what is alleged, and I will stand by him and I know he will be exonerated of these charges. His family, friends, SEALs and former Marines and his scout sniper colleagues all stand beside Eddie. Eddie is a hero, and we are patiently awaiting the restoration of his good name and reputation.”

In an email to Navy Times, Supervisory Special Agent Anna Ryan said that “NCIS does not comment on ongoing investigations.”

There is no bail program in the military justice system. Senior commanders can place service members in pretrial confinement if they believe enough evidence exists to sustain a criminal charge and the suspect could be considered a flight risk or a danger to himself or others.

For example, alongside the more than 1,000 pages of evidence compiled in Gallagher’s case are several videotapes seized by agents. Stackhouse said that the brig won’t allow footage to be reviewed in the facility, which has hampered his ability to get Gallagher’s perspective on it.

Two charities have come to Gallagher’s defense. The Virginia-based United American Patriots, which advocates for service members fighting war crimes charges, and the Navy SEALs Fund in Ohio are collecting donations on his behalf.

Asked for comment on Friday, Navy Special Warfare spokeswoman Cmdr. Tamara Lawrence reiterated a previous written statement emailed to Navy Times, saying only that an unidentified SEAL remains “under investigation by NCIS for professional misconduct while deployed to Iraq in 2017. We take all allegations of misconduct seriously and will cooperate fully with investigative authorities.”

“All members of Naval Special Warfare are required to comply with the Laws of Armed Conflict and U.S. law and regulations in the conduct of military operations,” she said. “Naval Special Warfare strives to maintain the highest level of readiness, effectiveness, discipline, efficiency, integrity, and public confidence. All suspected violations for which there is credible information are thoroughly investigated.” With the rapid spread of marijuana legalization in the US, lawyers are discovering that the tangled web of regulations guiding the rapidly growing industry is a boon for business.

After last year’s midterm elections, some form of cannabis is now legal in 33 states, and many in the industry say it’s only a matter of time before legalization sweeps the nation.

Big money — and big law — has followed. The opportunity could be huge: some Wall Street analysts say marijuana could become an $80 billion market in the US alone in the next decade, with the global market hitting close to $200 billion.

There are several key reasons lawyers are attracted to the marijuana industry. For one, as cannabis companies grow, merge, and start getting the attention of Fortune 500 corporations as acquisition targets, they need more sophisticated advice on financing, tax planning, corporate structure, and M&A.

Publicly traded cannabis companies were on a dealmaking tear in 2019, scooping up competitors and signing multibillion-dollar tie-ups with pharmaceutical, alcohol, and tobacco corporations. It’s a trend heating up this year.

In addition, many marijuana companies still directly flout US federal law, despite being publicly traded and posting multibillion valuations.

That’s an opportunity to a select group of lawyers who have cut a trailblazing path into the industry. Once reluctant, some of the biggest law firms, like Duane Morris, Baker Botts and Dentons, are building out specialized cannabis practice groups as the industry continues to grow in profitability and complexity.

And even some of the most world’s most prestigious law firms, like Sullivan and Cromwell, have gotten in on the marijuana mergers-and-acquisitions action.

Business Insider has pulled together a list of the top lawyers who’ve worked on the largest deals in the past year in the growing marijuana industry.

Subscribe to read our exclusive story here: Meet the top lawyers who’ve worked on some of the biggest deals in the booming marijuana industry that’s set to skyrocket to $194 billion »

NOW WATCH: Bernie Madoff was arrested 10 years ago today — here’s what his life is like in prison