The cases against Harvey Weinstein and his former businesses have moved from the court of public opinion into two courts in New York City.

First, at State Supreme Court in Manhattan, prosecutors filed a motion last week arguing that the rape and sexual assault charges against Mr. Weinstein should not be dismissed.

The same afternoon, less than a quarter mile away, defense lawyers in Federal District Court challenged a lawsuit accusing Miramax and the Weinstein Company — both of which have produced some of Hollywood’s biggest films — of covering up the actions of the disgraced movie mogul.

The sexual assault conviction of Bill Cosby, whose two-day sentencing is set to begin Monday, was widely viewed as evidence that juries are willing to give more weight to accusers’ voices in the wake of the #MeToo movement.

Still, prosecutors will have to prove Mr. Weinstein used physical force or threats of harm to get his way, which could be challenging with little or no physical evidence.

Here are some of the arguments defense lawyers are preparing to use.

The grand jury did not get evidence

Mr. Weinstein was indicted on charges that he raped a woman at a Midtown Manhattan hotel in March 2013, and that he forced two other women to engage in oral sex with him — one in 2004 and the other in 2006.

Last month, Mr. Weinstein’s lawyer, Benjamin Brafman, accused prosecutors of withholding evidence from the grand jury, namely dozens of emails between Mr. Weinstein and a woman accusing him of rape.

Mr. Brafman said the emails — released in a motion last month — suggested the relationship was consensual and continued long after the alleged incident. He has argued the charges should be dismissed.

Mr. Brafman said the pending indictment should be dismissed because “the grand jury presentation was deeply flawed.”

A prosecutor said in response that the grand jury was provided “a full and fair account” of the relationship between Mr. Weinstein and his accuser before and after the alleged attack.

“Defendant does not allege, because he cannot, that any of the emails contain a denial of the charged rape,” the prosecutor, Joan Illuzzi-Orbon, wrote. “Rather, defendant claims that, at most, the emails could suggest a state of mind inconsistent with what defendant feels should be that of a rape victim.”

Harvey Weinstein Paid Off Sexual Harassment Accusers for Decades
An investigation by The New York Times found allegations stretching back to 1990 about Mr. Weinstein’s treatment of women in Hollywood. 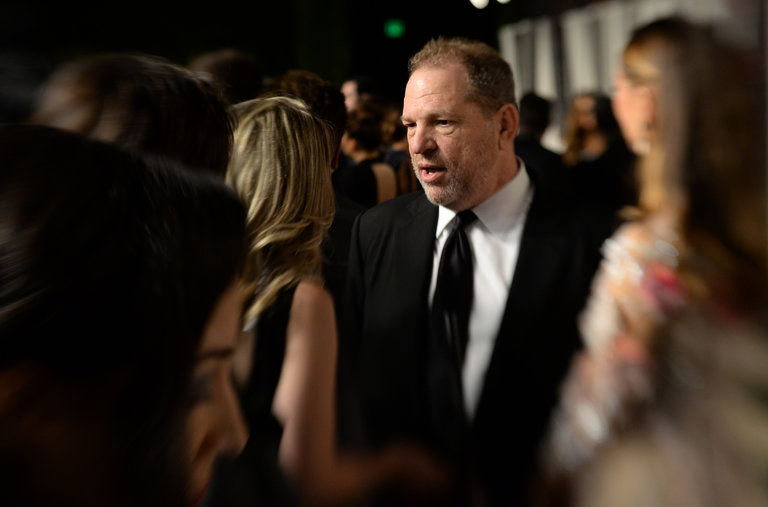 The relationships were consensual

Releasing the emails is part of Mr. Weinstein’s strategy to discredit his accusers: He has previously released photographs and letters to show that the women maintained contact with him after the alleged assaults.

“It is a daunting task to sway public opinion as to Weinstein," said Evan Krutoy, a former Manhattan prosecutor who now focuses on internal sexual harassment investigations for companies.

But Mr. Krutoy added that defense lawyers might hope that challenging the grand jury proceedings “might be a step in the right direction.”

A judge, he said, “may not believe these emails affected the integrity of the grand jury process but it might cause some to revisit the merits of the case.”

Mr. Krutoy added that Mr. Weinstein’s criminal defense team is “aggressively pursuing every argument so, should there be a conviction, they have preserved all legitimate grounds for appeal.”

The companies didn’t hide anything

In Federal District Court, lawyers for Mr. Weinstein, Miramax, the Weinstein Company and its board members are trying to dismiss a lawsuit filed by six women last year seeking class-action status.

The status would enable the group to sue on behalf of the more than 80 women who have accused Mr. Weinstein of sexual harassment and assault.

The suit says the defendants operated like a criminal organization, as defined by the Racketeer Influenced and Corrupt Organizations Act, commonly referred to as RICO, “to facilitate and conceal his pattern of unwanted sexual conduct.”

In the courtroom on Sept. 12, Judge Alvin K. Hellerstein ordered the plaintiffs to amend their complaint to include specific details about the role of each defendant, and to combine the complaint with a similar one filed by three other women.

“You’re talking about conspiracy,” Judge Hellerstein said in court to the plaintiffs’ lawyer, Elizabeth A. Fegan. “You’d have to prove that each person knew and made it his own, knew of this effort by Harvey Weinstein and others he enlisted to silence the women and participate in some action.”

The RICO Act requires plaintiffs to prove that an “enterprise” engaged in a “pattern of racketeering activity” over an extended period.

Lawyers for the defendants said the women have not demonstrated that their business or property was injured by any RICO violation, or provided evidence of witness tampering. They said the plaintiffs have failed to back allegations of sex trafficking because nothing of value was offered in exchange for sex.

But the women’s lawyer could argue that the “explicit exchange was a job and a good movie for sex,” Judge Hellerstein said.

The events happened too long ago

Defense lawyers in the criminal case say the allegations are too old and lack forensic evidence, like DNA.

The prosecutor, Ms. Illuzzi-Orbon, wrote that the statute of limitations for rape in the third degree is five years from the date of the alleged crime.

Defense lawyers in the civil case also said the claims do not fall within the statute of limitations, which range from one to four years. These plaintiffs allege their assaults occurred before 2012, Ms. Fegan said.

However, Alafair S. Burke, a professor at Hofstra University School of Law, said the issue is complicated.

“The statute of limitations is four years, but the Supreme Court has not announced a final rule for determining when the clock starts to tick,” she said. “The conventional wisdom is that the measurement commences when the plaintiff has notice of injuries. But plaintiffs can argue that the period is tolled — the clock stopped, in other words — based on further misconduct by the defendants or a conspiracy.”

There is no evidence to support a class-action lawsuit

The defense in the civil suit says there is not enough evidence for a class-action lawsuit because different circumstances surround the claims, such as the state and the year the alleged assaults occurred.

Debbie Kaminer, a law professor at Baruch College, said that some of the plaintiffs’ claims did not fall under the RICO Act and that allegations of witness tampering are “one of the weaker arguments.”

Still, Ms. Kaminer said, “It’s outrageous he got away with this for so long,” adding that she believed there is “enough of a community” for a class-action lawsuit.

Jan Ransom is a reporter covering New York City. Before joining The Times in 2017, she covered law enforcement and crime for The Boston Globe. She is a native New Yorker. @Jan_Ransom

A version of this article appears in print on , on Page A19 of the New York edition with the headline: How Weinstein’s Lawyers Plan to Fight the Accusations Against Him. Order Reprints | Today’s Paper | Subscribe

It Was a Suspected ‘Birth Tourism’ Site. Then Came Late-Night Screams.

The Brothel Empire and the Ex-Detective, Always One Step Ahead of the Law

For New Jersey Transit Commuters, a Bad Situation Is About to Get Worse

De Blasio Acts on School Integration, but Others Lead Charge