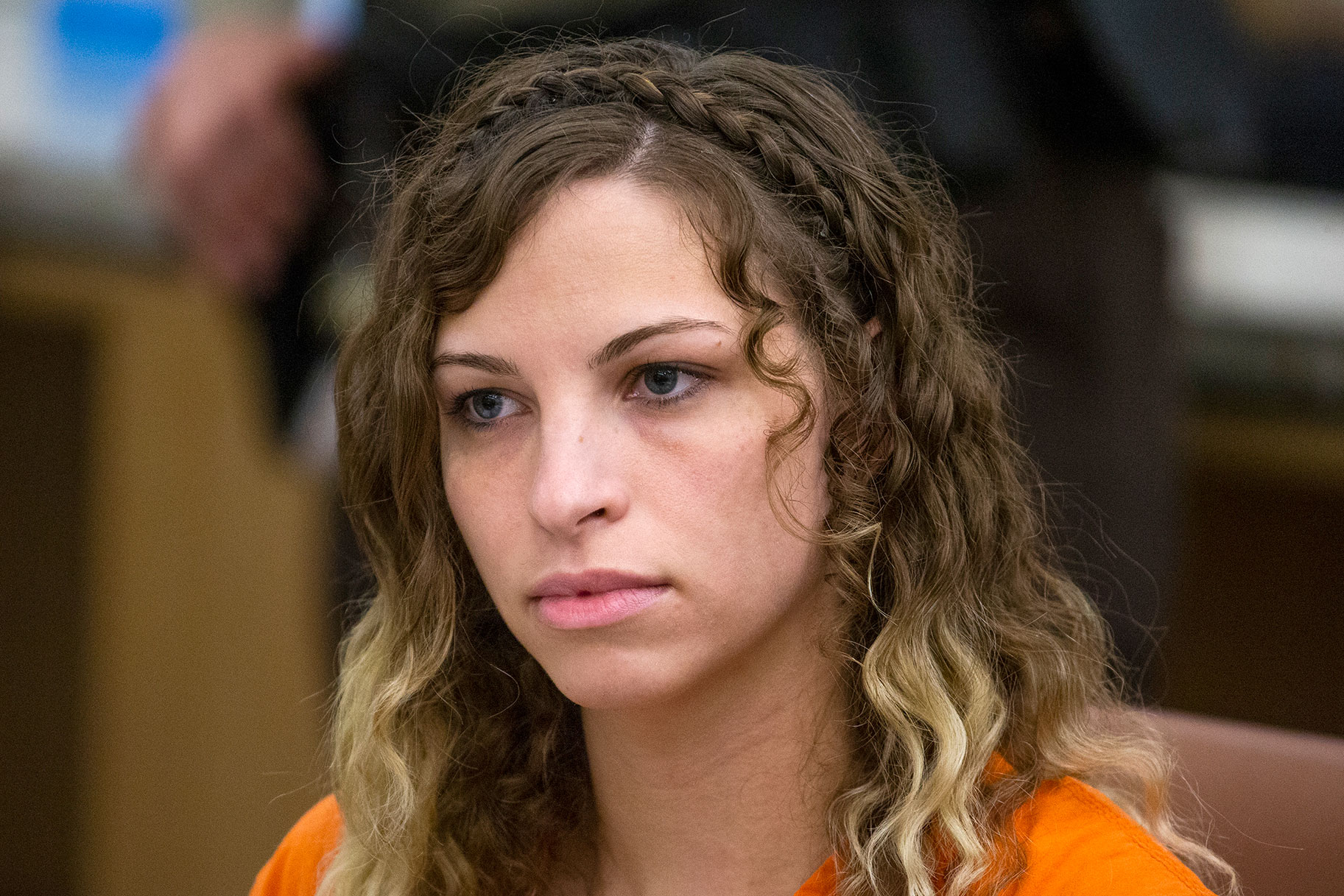 The attorney for disgraced former teacher Brittany Zamora suggested her 13-year-old victim shouldered at least some of the blame for their sexual relationship, calling him “very aggressive” in their interactions.

“I have represented Brittany Zamora for almost 16 months and I can tell you that she is not a monster. Brittany is not a predator and this was not between a young child and Brittany. This was a teenager,” attorney Belen Olmedo Guerra said in comments made after the Arizona teacher’s 20-year-prison sentence was handed down last Friday, according to The Arizona Republic.

Police said 28-year-old Zamora repeatedly had sex with her sixth-grade student in the classroom and her car. The pair even touched each other during a class while other students were unknowingly watching a video.

“I want you every day with no time limit,” she texted the boy on one occasion, according to People.

Despite the sordid details of the crime that were made public after Zamora’s arrest, Guerra claims her client is not the monster she has been made out to be.

“The teenage boy was very aggressive,” she said.

Guerra also told reporters that Zamora had “implored” the school’s principal to move the boy out of the classroom because he had “had boundary issues and was obsessed with Brittany” and claimed the victim had “many, many behavioral issues.”

Guerra also read a statement from Zamora herself in which the former teacher claimed she had been “unfairly treated” by the state of Arizona.

“It is shocking to me how others are so quick to judge based off hearing accusations from only one side of the story,” Zamora said in the statement. “It was made clear to me that the state had already made their decision well before I was given a chance to prove my innocence in any way, shape or form.”

Zamora went on to say that risk assessments, psychological tests, evaluations and polygraph tests had all shown her to be of “the highest degree of character,” but that the state decided to “turn a blind eye” to it.

“I am here to tell you that I am not the monster the media has projected me to be,” she said. “I am kind generous, responsible and a caring person.”

The comments attempting to place blame on the teen victim were striking because shortly before, in court, Zamora appeared to take responsibility.

“I’m ashamed of my actions and completely remorseful and regret what took place,” she told the judge before the sentence was handed down.

Zamora pleaded guilty to sexual contact with a minor and reduced charges of molestation of a child and public sexual indecency after her arrest and was given a sentence of 20 years in prison with credit for time already served, local station KTVK reports.

She arrived at the women’s state prison, ASPC-Perryville, on Wednesday to serve out her sentence.

While Zamora and her attorney contend she’s no monster, Steven Weinberger, who represents the victim and his family told Oxygen.com that the boy was “experiencing behavior issues that he did not have before that are a result of all this.”

The family also worries about how the sexual abuse will impact his views of women in the future.

A civil lawsuit filed by the family against the Liberty School District states that the boy “no longer looks at any female including his mother the same now that Zamora has worked her black magic.”

Crime Time is your destination for true crime stories from around the world, breaking crime news, and information about Oxygen’s original true crime shows and documentaries. Sign up for our Crime Time Newsletter and subscribe to our true crime podcast Martinis & Murder for all the best true crime content.