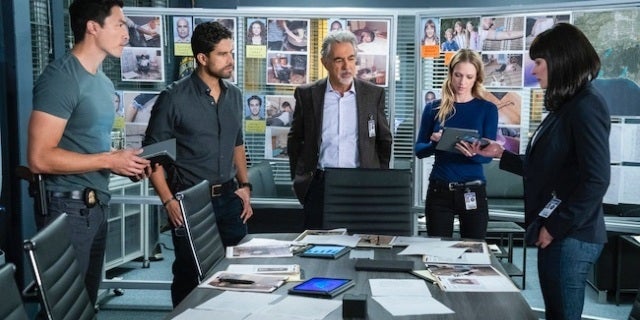 Two of CBS’ most beloved series will not air Wednesday night due to a supersized episode of Survivor and a rerun.

The popular competition series, which is currently in the middle of its David vs. Goliath-themed 37th season will air a two-hour episode titled “Battle Lines Are Blurred” starting at 8 p.m. ET.

The sure-to-be shocking episode will be followed by a rerun of the sixth episode of reboot series Magnum P.I., titled “Death Is Only Temporary.”

The episode revolves around “An aging tycoon, Henry Brown (Ben Vereen), who asks Magnum (Jay Hernandez) to find his lost love who he says just recently contacted him — the only problem is she died 30 years ago. Also, Rick (Zachary Knighton) and TC (Stephen Hill) meet a fellow vet who is having a hard time adjusting to civilian life.

SEAL Team will return with a new episode on Wednesday, Dec. 5. The episode, titled “Santa Muerte” will find the platoon dealing with a possible mole within their ranks after they are ambushed by the cartel.

Criminal Minds will also return with a new episode Dec. 5 titled “Broken Wing.” The Aisha Tyler-directed hour will see a person from her character Tara Lewis’ past as the key to solving a case involving an alarming case of overdose deaths from patients who have recently completed rehab.

The long-running CBS procedural will have one more episode on Dec. 12 before taking its winter break. The series will then return with new episode sin January 2 and run the remainder of its season in early 2019.

The network announced Tuesday that it would not be ordering additional episodes of Criminal Minds for its 14th season, making the latest chapter the shortest season of the series to date.

After Criminal Minds is done, the 10 p.m. timeslot will be taken over by SEAL Team starting with its spring premiere on March 13, following its run of reality series premiering in January. The long running series is averaging a 0.8 rating in the 18-49 demographic, down significantly from its season 13 average.

The shortened season has left some Criminal Minds fans feeling paranoid about whether the beloved series would get canceled in spring 2019.

Can ya‘ll use the hashtag #savecriminalminds because OUR favorite show is on the verge of being canceled and we CAN NOT LET THIS HAPPEN!! @CrimMinds_CBS @CBS #criminalminds

“Can ya’ll use the hashtag #savecriminalminds because OUR favorite show is on the verge of being canceled and we CAN NOT LET THIS HAPPEN!!” one user wrote.