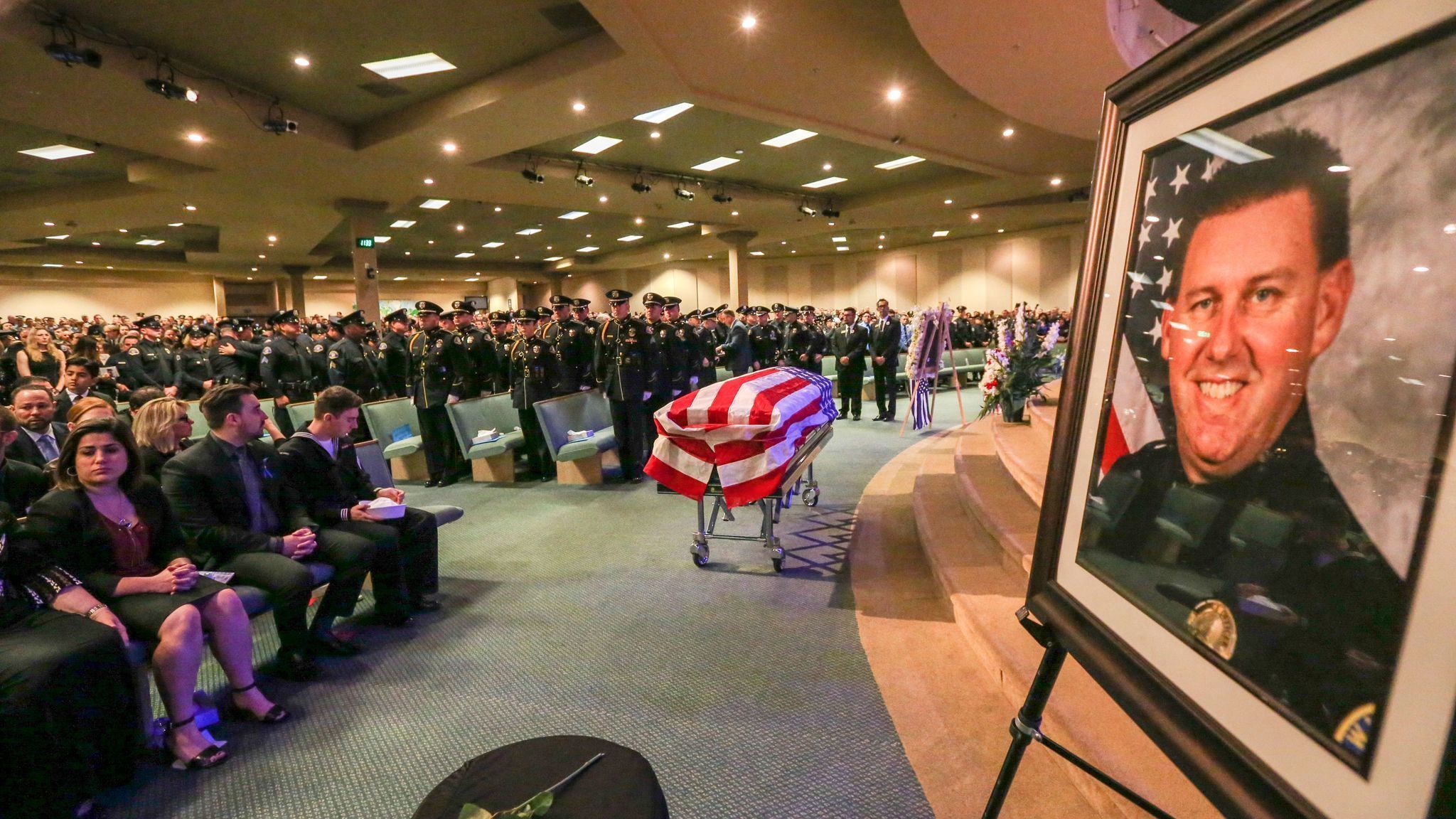 Whittier Police Officer Keith Boyer was shot to death Feb. 20 while assisting at the scene of a traffic accident. The following day, the Board of Supervisors called for L.A. County officials to report back within 30 days on the suspect’s previous contacts with the criminal justice system. Accompanying statements by the motion’s co-authors, Supervisors Kathryn Barger and Janice Hahn, provided the subtext: Tell us whether criminal justice reform laws adopted by the Legislature and by voters led to this killing. A second subtext was better hidden but even more urgent: Please tell us this wasn’t a county screw-up.

The situation was in at least some ways reminiscent of the horrid 2012 murder of four people in Northridge by Ka Pasasouk, a man with a long record of violence and instability. At the time, county supervisors had been railing against criminal justice “realignment,” an initiative by state government that gave them responsibility for some convicted criminals who previously were handled by the state. The change, county leaders warned, would bring disaster. Just after the killings, one supervisor thundered from the dais, “We told you so!”

But with a few weeks of time and investigation it turned out that, no, neither realignment nor other changes to law were to blame. Instead, in an earlier case against Pasasouk, a deputy district attorney had mistakenly told the judge that the defendant was eligible for drug treatment instead of prison despite his record. It was a lawyer’s failure to know the law — a basic screw-up by a county worker — that left Pasasouk free and able to kill.

The county’s customary but unwarranted (and possibly unlawful) secrecy over a matter of such obvious public importance is the backdrop.

Five years later, many law enforcement leaders and some county officials continue to argue that realignment and now Proposition 47, which changed drug possession and some property crimes from felonies to misdemeanors, are to blame for an uptick in crime in Los Angeles and some other parts of the state. At present there is a stark lack of evidence to support or refute their assertions, but critics of the new laws raised the issue anew when Boyer was slain.

So Barger and Hahn’s motion was welcome. What happened and why? Who screwed up? Lawmakers? Voters? A deputy district attorney? A probation officer? A judge? One might argue that the killing was so shocking and the questions so straightforward that county officials ought to have demanded answers within a week instead of 30 days, but if a full month was necessary, so be it.

But 30 days came and went with no report, no board vote to extend the deadline, no public discussion of the status. Then 60 days passed, 90 days, nearly six months — not a peep.

Meanwhile, various officials associated with the county began dropping hints that particular practices or policies had been changed, and previous concerns dropped and new ones raised, in response to confidential findings in the wake of the Boyer killing. So there was a report after all — withheld from the public and shielded from any kind of scrutiny that would allow outsiders to gauge whether the secret changes in practice were meant to correct some county screw-up, or that would support or refute arguments regarding the role of realignment and Proposition 47. The county didn’t even officially acknowledge the report’s existence until last week. What’s in the report, when was it filed, and why are the answers to basic questions about information in the public realm — the suspect’s criminal history, and any risk inherent in county procedures — so sensitive?

The county’s customary but unwarranted (and possibly unlawful) secrecy over a matter of such obvious public importance is the backdrop against which one ought to measure a new motion to be presented by Barger and Hahn on Tuesday. The two supervisors are calling for the creation of a blue-ribbon commission on public safety, with a mind-boggling 21 members and a staff made up of the very same hodge-podge of county law enforcement and criminal justice agency representatives who already have such difficulty getting a handle on the system they are supposed to be collectively operating.

On numerous occasions, California voters have given law enforcement agencies and county officials a set of marching orders and priorities on criminal justice. Los Angeles County has implemented them spottily. A Rand report this year politely detailed the county’s utter incapacity to identify even the most basic expenses and cost savings associated with realignment and Proposition 47, so it is difficult to believe a blue-ribbon commission can get to the bottom of — well, what exactly? The motion doesn’t make the goal clear.

If it’s to determine whether there are flaws in state criminal justice law and that those flaws, rather than county screw-ups, are jeopardizing our safety, and if the commission somehow is able to do a level of analysis that so far has eluded the county, then by all means it should proceed. We should never be afraid to find out the truth. As long as it’s the whole truth. And nothing but the truth.