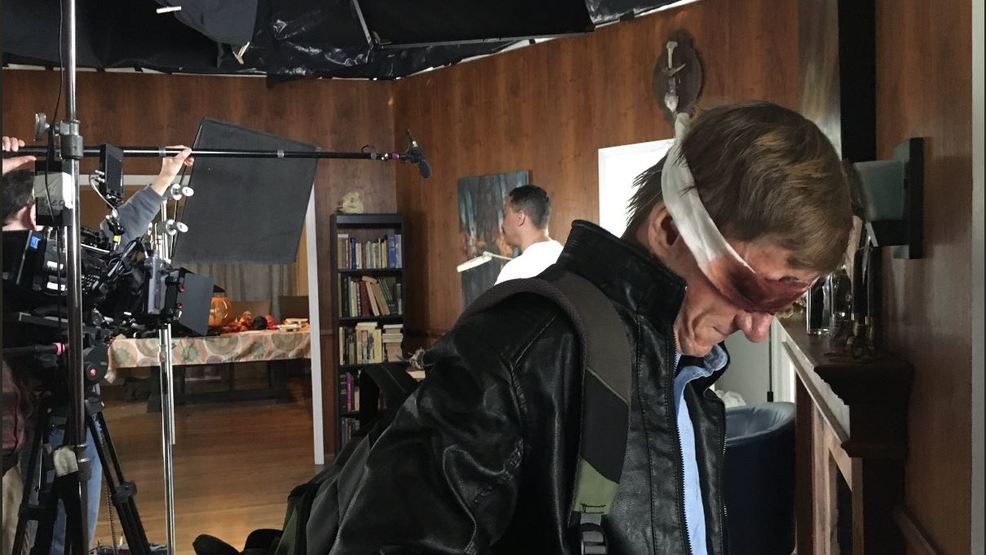 Actor Kane Hodder–horror villain Jason in three of the "Friday the 13th" movies–also appears, and the two were on set together Friday.

The movie has been shooting in Brevard since January and will shoot through February 15. Representatives say more than 60 local extras will appear.

Director of photography James Suttles says "The Good Things Devils Do" is the third movie he has produced in Transylvania County, and he loves how welcoming the community is to his productions.

"With the small-town nature of Brevard, it just makes it fun and easy to bring projects here, and everyone we bring in, from the cast to the crew, love the experience every time," Suttles said in a press release.

Executive producer Tamara Hopkins is also the executive director of the Transylvania County Arts Council. This is the fourth time she has worked with James Suttles and his crew.

"We worked together to produce the Steve Martin and Steep Canyon Rangers music video ‘The Strangest Christmas Yet,’ and this will be our third film," Hopkins says.

Horror actress Linnea Quigley of "The Return of the Living Dead" is also in the movie.

Suttles’ other movies include "The Righteous" with Eric Roberts and "Seven Days Till Midnight" with R. Keith Harris and Tyler Chase, both of whom appeared in "The Walking Dead."

View "The Good Things Devils Do" on the Internet Movie Database here.