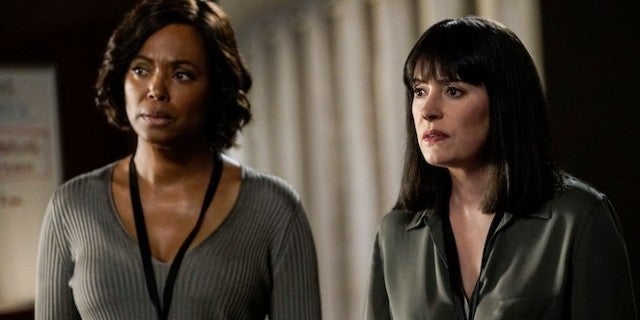 A preview for this week’s episode of Criminal Minds shows some serious drama within the Behavioral Analysis Unit.

This week the B.A.U. is going to Bethesda, Maryland to investigate a string of four murders. According to the synopsis, things get personal for Alvez, as the crimes are tied to a killer he hunted during his years working with the D.E.A. and Mexican police. Luke Alvez (Adam Rodriguez) helped the two agencies go after a notorious Mexican hit man in the past, and now emotions are running high as he revisits that history.

Meanwhile, Alvez is moving in with his girlfriend Lisa — played by Daniella Alonso — making things that much more high-stakes for him. By the looks of the preview, all this may come to a grinding halt as Alvez finds himself at gunpoint — and not necessarily from an enemy. In the video, Emily Prentiss (Padget Brewster) appears furious with Alvez.

“You defied a direct order,” she says dangerously.

Given that the episode seems to be named after him, it looks like this will be a big week for Alvez. Another sneak peek was published by TV Guide, showing a flashback for the agent where he chases the suspected killer through the streets.

By the looks of it, in the past Alvez tackled the killer, causing a sniper to lose their potential shot at him. This means that for him, these new deaths are at least partially his responsibility. Alvez will have to try and maintain his judgement as the responsibility begins to weigh on him.

This is Rodriguez’s third season playing Alvez on Criminal Minds. Alvez is a member of the FBI Fugitive Task Force, who partnered with the BAU to help catch serial killers that had escaped from prison in the previous season’s finale. After a few storylines, Alvez joined up with the BAu full time.

Alvez is a veteran who served in both Iraq and Afghanistan as an Army Ranger before he was hired by the FBI. He carries a lot of trauma, mainly from the loss of his previous partner at the hands of a grisly serial killer. He has a reputation for being hot-headed and emotional, and this week it looks like that could land him in hot water.

Criminal Minds is now five episodes into its 14th season and it is going strong. The show is holding onto a consist audience of around 4.4 million total viewers per week.