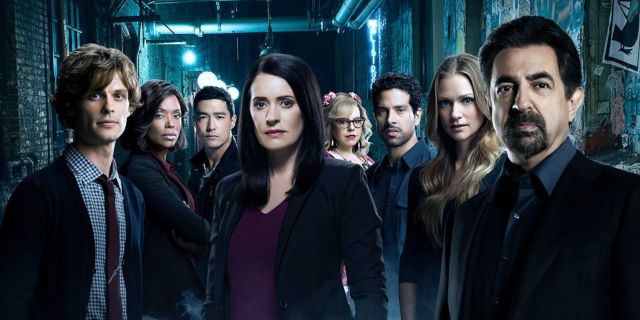 CBS has released the first cast photo for the 15th and final season of Criminal Minds.

Shot by Robert Trachtenberg, the photo is for the July/August issue of CBS’ Watch! Magazine, which features a Criminal Minds cover story.

The photo shoot comes ahead of Criminal Minds’ 15th and final season, which, according to showrunner Erica Messer, who spoke to TVLine, will pick up following a time jump and feature “a little more serialized storytelling” as well as “a couple of personal stories that might be surprising to people.”

The final season will also see Castle vet Michael Mosley continuing his role as Season 14 serial killer Everett Lynch, better known as The Chameleon. Jane Lynch is also set to reprise her role as Reid’s mother, while Rachael Leigh Cook is slated for a multiple-episode run as “a quirky, kind-hearted woman who strikes up an unusual relationship with Reid.”

CBS had announced in January that the popular police procedural crime drama would be coming to an end following a 10-episode 15th season.

“It is the quintessential CBS hit. We are so proud to have aired it,” Amy Reisenbach, CBS’ EVP current programs, said at the time. “It speaks to everything we do best, which is air quality television. It’s been successful not only on air but online, in syndication, internationally for ABC (Studios).”

The series will end with a total of 325 episodes, making it among the Top 20 shows of all time by episode count. Currently, only Gunsmoke, Law & Order, Law & Order: Special Victims Unit, NCIS, and Grey’s Anatomy have had longer runs by season among primetime TV dramas.

Although new seasons of Criminal Minds typically premiere during the Fall TV schedule, Season 15 is being held for midseason, with its typical Wednesdays at 10 p.m. ET timeslot being given to Shemar Moore-starring series S.W.A.T.