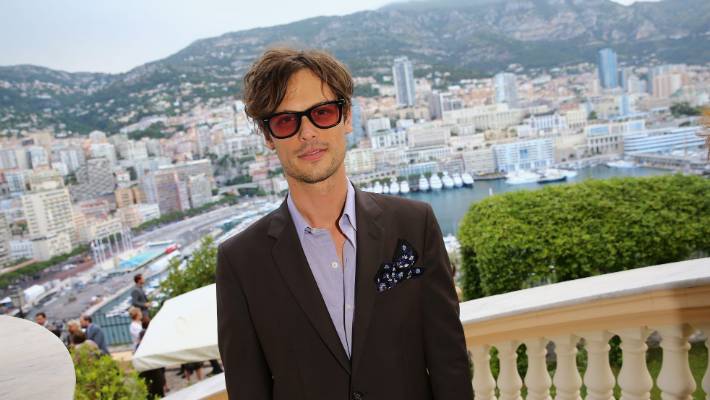 OPINION: I watch every new series of Criminal Minds (TV One, Mondays) with interest. Is it going to improve?

No, it’s not. Why should it? Criminal Minds has basic ingredients even more lasting than baby formula.

Out there is a crazed killer or more likely a group of psychopaths. They’re often a religious cult that needs to swallow the lower intestines of rest home patients before doomsday. But help is at hand.

To confront them is a group of FBI profilers who jet round in an aircraft that’s faster than instant coffee.

In the latest episode someone called The Messiah and former agent Meadows have captured Reid and Garcia. The Messiah has found some obscure verse in the Bible that requires him to kill his 300th victim. Something strange like “go thou and do likewise”.

But Garcia escapes and alerts the team. They’re not just FBI’s finest, but behavioural experts. When there’s a pause in the story they take it in turns to deliver robotic mumbo jumbo. It helps them decide what to do next. Everyone has a turn. It might be annoying to the viewers, but at least you can make a cup of tea while you’re waiting.

On this occasion their psychobabble helps them find a landing strip nearby and, in a hail of bullets, rescue Spencer Reid. The Messiah pops his clogs. Reid quotes “for everyone there’s a season” from Ecclesiastes and they all become one happy family again.

The episode is as puerile as the last series. It teaches that only bullets and bravado can solve the standoff. When lead actor Mandy Patinkin left Criminal Minds at the end of the third series he said he was distressed by its content. It would be a mercy killing if the rest of them followed.

A couple of decades ago there were two smarty-pants comics called Morecombe and Wise. Now, there’s Morecombe and lies. Morecombe is a grim fishing village in Lancashire and its two leading characters are telling fibs.

When teenage twins go missing after visiting a youth club, the stepfather, Sean Meredith, can’t explain where he was at the time. Neither can DS Armstrong, who’s leading the investigation. They both know. They were playing bouncy castles against a wall outside a pub.

The Bay (TV One, Wednesdays) is no Broadchurch, but it has enough gritty reality to keep viewers guessing. DS Armstrong can either admit to having a relationship with Sean Meredith that’s even shorter than Married At First Sight, or not.

She decides not to and that becomes a distraction. The episode plods along, spending more time exploring relationships, until a body of a teenage boy is found on the beach.

Armstrong arrests Meredith. Her evidence is flimsy, but he fits the profile. He’s brooding, rough and has a designer stubble. But he might only be guilty of missing a shave. I’d enjoy The Bay more if I could care enough about the people. Armstrong might grow on me, but the rest have turned boredom into an art form.

Sadly, all the new free-to-air series this week have one thing in common. It’s crime. Whoever said crime doesn’t pay should think again. It does on television. It makes people lots of money.

The least likely new series to succeed is an old retread. Magnum PI (TV3 Wednesdays) is back and has charm. The storyline is daft, the violence is gratuitous and the characters are stereotypes, but the series doesn’t take itself seriously.

Thomas Magnum (Jay Hernandez) has a swagger as he seeks retribution after the killing of a close colleague. He’s likeable, which is a commodity important to TV heroes.

I once recall Colin Watson, a flamboyant ex-Palmerston North sculptor, telling me how he took Magda Gabor (Zsa Zsa’s sister) to a party in her white Rolls Royce. He damaged it on the way. “Don’t worry darling,” she purred. “There’s another in the garage.”

Magnum destroyed two Ferraris and found another on the driveway. I’d settle for a Lada.

I enjoy The Project (TV3, Monday to Friday). It has an impressive line-up of presenters, yet it gets sycophantic when interviewing their guests. Don’t do it. You’re far more interesting than the visiting talent.

Malcolm Hopwood is a Stuff columnist