Shemar Moore, who plays Derek Morgan on CBS’ “Criminal Minds” has decided to leave the show after 11 long seasons.

The actor made his last appearance in Season 11’s 18th episode after his character contemplated his future in the BAU and decided to leave the bureau.

Interestingly, the episode that dealt with Morgan’s departure in the BAU was directed by another cast member, Matthew Gray Gubler, who portrays Dr. Spencer Reid.

This news comes as a huge shock to the fans of “Criminal Minds” as well as a big threat that the show might not get renewed for a 12th season.

Speaking to TV Guide, Moore said that his decision to leave his role was after her mother gave him a card that said: “Leap and the net will appear.” Moore adds that he’s always considered acting as a way of schooling.

Shemar notes that playing Malcolm on “The Young and the Restless” was like his high school stage and acting on “Criminal Minds” was like his college and right now, he’s ready for something bigger that he likened to a Ph.D. degree.

The 45-year-old actor tells fans that playing Derek has been one of the highlights of his acting life and that Season 11 is not the last of the supervisory special agent. Moore has stated that he is open to reprising his character for guest appearances in the future.

Moore’s exit will definitely shake things up in BAU and as one of the major characters, fans are really worried that the current season might be the last for the crime drama.

Further fueling rumors of cancellation is the fact that CBS has not yet given the show an official renewal stamp.

However, there are reports surfacing that “Criminal Minds” will still get renewed for Season 12, but it will possibly be the last and the season will serve as a way to tie up loose ends and close the characters’ story with justice.

Speaking to TV Line, showrunner Erica Messer said that they really wanted to do something very big after Morgan’s exit.

Parent Herald reports that while Season 12 still isn’t official yet, the writers have already written a plot for it and rumor has it that a new member of the BAU will be introduced.

Messer previously said that introducing a new face every season premiere is something they normally do and if Season 12 will be a sure go, then fans can expect a new cast member to join the BAU team soon. This season, the show welcomed Aisha Tyler as Dr. Tara Lewis.

The police procedural series is currently on a quick hiatus and will air the next episode on April 13. Episode 19 aired last March 30.

As per Spoiler Guide, episode 20, entitled “Inner Beauty” will see the BAU searching for an UnSub who is purposely disfiguring victims. David Rossi’s Joe Mantegna has an awkward reunion with his ex-wife Hayden Montgomery, played by Sheryl Lee Ralph.

Fans will remember that Hayden kept a huge secret from Joe for nearly 30 years –  their daughter Joy Struthers, played by Amber Stevens.

Ecumenical News reports that despite Rossi and Joy having a good relationship now, his meeting with Hayden will still render some awkwardness.

In the promo for the episode, the UnSub is preparing to transform a woman and creepy photos of dolls with parts of their faces cracked are seen. 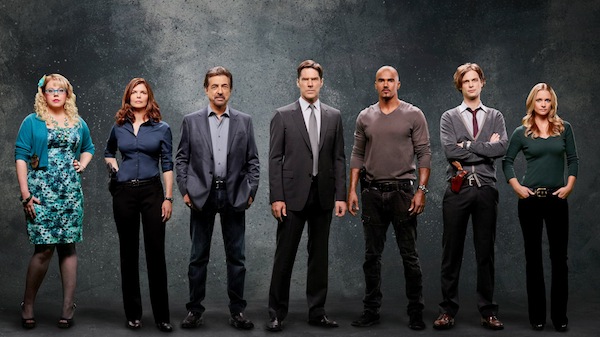 Reid then explains to Rossi and the rest of the BAU that the UnSub are putting the victims through a transformation.

The clip ends with the UnSub taking off bandages on a woman’s face with the woman slowly crying. A man comforts her and says that no one will love her like he does.