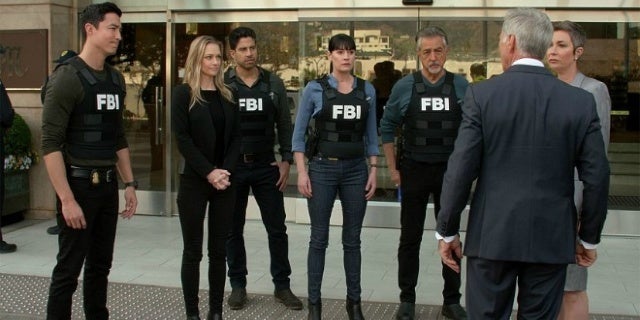 Criminal Minds is getting a short order this season, ending with just 15 total episodes.

CBS announced on Tuesday that it was not giving a back order to Criminal Minds this season. That means that, while other dramas and procedurals will go well into the spring, Criminal Minds may not. The show just recently aired episode 8 of season 14, leaving only seven more episodes to go.

It is unclear how Criminal Minds will split these episodes up with a mid-season break. The show is not scheduled to air a new episode this week, but it will return next Wednesday, Dec. 5. Episode 10 of the season is scheduled for the week after that, Dec. 12, but beyond that there are no plans.

It is hard to say what caused the conservative order from CBS. Criminal Minds typically goes for a full season with at least 22 episodes — sometimes 23 or 24.

After Criminal Minds runs its course, the new drama SEAL Team will fill its usual time slot on Wednesdays from 9 p.m. to 10 p.m. This begins on March 13, and allows CBS to make room for its ambitious slate of reality and unscripted TV shows this winter.

The network is using Survivor, Big Brother and The Amazing Race as foundations on which to build more shows of their kind. The sensational aspect of these temporary competitions never fails to excite crowds, and that seems to be the plan here as well.

A new show titled The World’s Best will premiere on CBS immediately following the Super Bowl. The show features Drew Barrymore, RuPaul Charles and Faith Hill as judges and James Corden as host, and functions as a new world-wide take on the talent competition format. The show will swap schedules briefly with Survivor in the beginning of the season before assuming its own time slot on Wednesdays in February.

After that, CBS will introduce another new competition series produced by LeBron James, titled Million Dollar Mile. The show features physical challenges and obstacle courses, pitting average contestants against elite athletes. This show will be hosted by Tim Tebow, with commentary by Matt Smith and Maria Taylor. It will take over Wednesday nights at the end of March.

So far, CBS has only made up its mind about this season of Criminal Minds, with no word of whether it will be renewed next year or not. Still, the shortened season is a bad sign, and many fans online are taking it as if it means cancellation.

Criminal Minds has been on TV for as long as I can remember. Just thinking about never seeing the characters again is so strange.

“Criminal Minds has been on TV for as long as I can remember,” one person wrote on Wednesday. “Just thinking about never seeing the characters again is so strange.”

Fans will just have to wait and see. For now, Criminal Minds airs on Wednesdays at 9 p.m. ET on CBS.