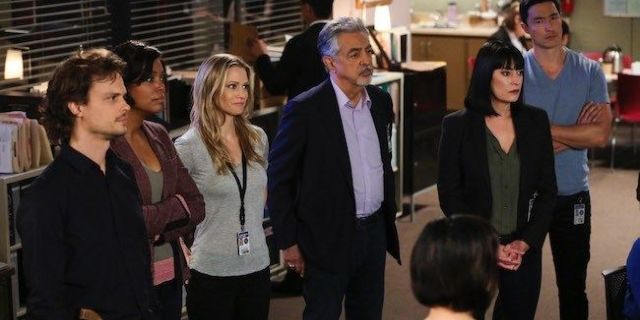 Fans of Criminal Minds will not have to wait much longer to see their favorite team of BAU criminal profilers back on their screens, executive producer Harry Bring announcing on Twitter that the popular CBS crime drama will return with its fourteenth season on Wednesday, September 26, 2018, marking its 300th episode.

“Criminal Minds S14 premiere date confirmed. Wednesday September 26, 2018. 10pm CBS,” Bring tweeted, perhaps allowing the news to slip before an official announcement from the network could be made.

The long-running series, which first premiered in 2005, was renewed for a fourteenth season in May, just after the finale of Season 13, joining the renewals of Instinct, Man With a Plan, Life in Pieces, and Celebrity Big Brother.

Although viewership of the series had been down 30 percent, it still proved to be a major success, performing consistently for the network. The series’ most recent season drew in an average of 5.7 million total viewers each week and an average rating of 1.0 in the key demographic of adults 18-49.

Fans of the series were left with a major cliffhanger following the two-hour Season 13 finale, which left the fates of Penelope Garcia and Spencer Reid hanging in the balance after Special Agent Mary Meadows pulled a gun on Reid and gave him an ultimatum: free The Messiah from the BAU or allow Garcia, who was taken hostage by cult members, to die.

Showrunner Erica Messer later talked to Entertainment Tonight about the shocking ending and what Reid may do.

“He probably has five game plans happening in his head in that moment, as he’s holding the gun at Meadows. Because what he won’t do is anything jeopardizing Garcia, losing her life and being hurt in any way. He’s trying to figure out ‘What do I do? What is the bigger plan here? Why do you need The Messiah out?’” Messer said. “The argument is still there that he’s there holding a gun on Meadows, who’s holding a gun on him, and there’s somebody else holding a gun on Garcia. There’s no win right there if everybody pulled the trigger. It would be horrific.”

Messer also teased that while they “want our wonderful heroes to be in the 300th episode,” there are “many different ways to go” and that the team will be forced to “solve one of the biggest cases they’ve ever seen without two of the most important players on their team.”

Criminal Minds Season 14 will be airing alongside Survivor and SEAL Team on Wednesdays and CBS.