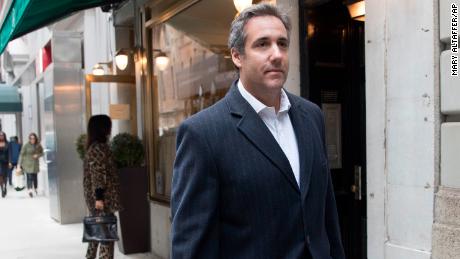 The revelation comes amid a courtroom drama that unfolded Friday, as Cohen’s attorneys and Trump’s attorneys began a fight hours before with the US Attorney’s Office in Manhattan over a massive raid of Cohen’s records.
Cohen’s attorneys have filed a temporary restraining order in the matter, asking the court to stop federal prosecutors from using some of the records they seized. Cohen did not appear in court Friday morning and has not been charged with a crime.
In response to Cohen’s motion to prevent prosecutors from using evidence collected in Monday’s raids of his home and office, the US attorney in New York asserted the raids were authorized by a federal judge to seek evidence of conduct “for which Cohen is under criminal investigation.”
A court filing did not detail what Cohen is under investigation for.
But the filing contains the first details released by the Justice Department on the searches, which covered Cohen’s residence, hotel room, office, safety deposit boxes and two cell phones. Previous search warrants allowed New York federal prosecutors to search multiple email accounts, the filing said. In them, they found that Cohen had done “little to no legal work, and that zero emails were exchanged with President Trump.”
The prosecutors assert that they have confidence that any seized material would not fall under the significant amount of attorney-client privilege that Cohen has claimed. They said Cohen has told at least one witness that his only client was Trump.
The prosecutors noted Cohen had personally not turned over any documents to Robert Mueller’s Special Counsel investigation. Initially, Mueller had requested some records from Cohen while he was with the Trump family company — a position he held for about a decade — yet dropped the request after Cohen pushed back. Mueller’s office referred the case about his business dealings to New York but hasn’t been involved since, the Manhattan prosecutors said.
Monday’s raids included a search for communications related to efforts to suppress negative information ahead of the election, including communications that Trump had with Cohen regarding the infamous “Access Hollywood” tape that captured Trump making lewd remarks about women that surfaced a month before the election, CNN reported this week.
It also potentially involved records related to porn star Stormy Daniels, who was paid $130,000 weeks before the election to silence an alleged affair she had with Trump. Records related to Cohen’s taxi medallion business were also sought. 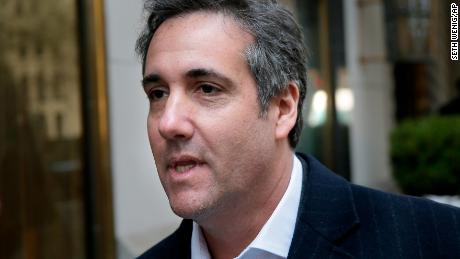 Prosecutors say they’ve set up what’s known as a “taint team” or “filter team” to review Cohen’s documents so nothing they seized is used improperly or breaches client confidentiality.
Each search warrant specifically describes how records seized that may fall into attorney-client privilege will be filtered out by a team that’s walled off from the federal agents who have conducted the investigation, the prosecutors wrote.
Once they’ve reviewed the records, the filter team can give to the investigators communications “between Cohen and persons with whom Cohen undisputedly does not have an attorney-client relationship,” likely meaning the records wouldn’t be between Cohen and Trump, prosecutors said. The filter team is working from a list of individuals and companies they’ve compiled regarding people who aren’t Cohen’s legal clients.
Cohen’s lawyers, for their part, have asked to review the material for themselves, a proposal which the Manhattan prosecutors are fighting.
The Southern District of New York prosecutors also heard from Trump Organization lawyers, who want them to throw out all communication between Cohen, the company and its employees.
Following the hearing Friday, the judge ordered the parties to return to court Monday for another hearing, where Cohen will have to be present.
Joanna Hendon, a new lawyer for Trump who appeared in court, said her law firm, Spears & Imes LLP, was engaged by Trump on Wednesday and she was “not prepared” to present her argument.
The Justice Department is asking for a so-called taint team to vet the material seized in the raids Monday, as is standard process. Cohen’s lawyer is asking for the lawyers themselves to review the material or a “special master” to decide what is relevant to the case, and Hendon is concerned about a taint team or however the material is handled.
On Monday, Cohen’s attorney called the searches “completely inappropriate and unnecessary.”
“It resulted in the unnecessary seizure of protected attorney client communications between a lawyer and his client,” attorney Stephen Ryan said in the statement.
Michael Avenatti, a lawyer for Stormy Daniels, also made an appearance at the hearing. In a footnote in its filing, the prosecutors expressed doubt that any communications between Trump and Cohen regarding a payoff to Daniels before the election would be covered under attorney-client privilege. They cited the President’s own comments.
“Among other things, President Trump has publicly denied knowing that Cohen paid Clifford, and suggested to reporters that they had to “ask Michael” about the payment,” the footnote argues, citing a story by CNN’s Kevin Liptak.

This story has been updated to reflect that the judge ordered the parties to return to court Monday for another hearing.