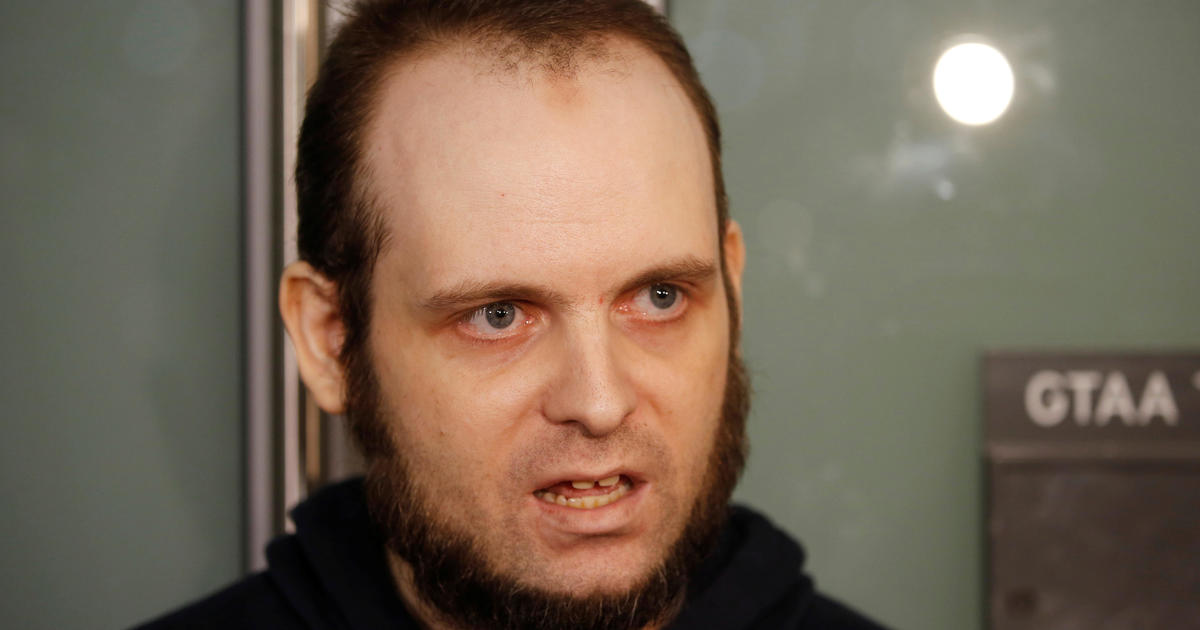 OTTAWA, Ontario — Canadian ex-hostage Joshua Boyle made a brief appearance via video link for a preliminary hearing on Wednesday after being charged with 15 offences, including sexual assault, following his release from captivity in Afghanistan. A justice of the peace granted lawyer Ninetta Caparelli’s request for adjournment until Monday so the defense can work on a bail plan.

Boyle had a beard and wore an orange jumpsuit in Wednesday’s appearance, which lasted a few minutes.

Boyle, his wife Caitlan and their three children were freed in October in Pakistan, five years after the couple was abducted by a Taliban-linked militant group during a backpacking trip in neighboring Afghanistan. The children were born in captivity.

In a statement to the Toronto Star, Boyle’s wife wrote, “I can’t speak about the specific charges, but I can say that ultimately it is the strain and trauma he was forced to endure for so many years and the effects that that had on his mental state that is most culpable for this.”

“Obviously, he is responsible for his own actions,” she added, “but it is with compassion and forgiveness that I say I hope help and healing can be found for him. As to the rest of us, myself and the children, we are healthy and holding up as well as we can.”

The purported acts allegedly occurred between Oct. 14 and Dec. 30 after Boyle returned to Canada. A publication ban bars reporting information that could identify the alleged victims.

The charges include eight counts of assault, two accounts of sexual assault, two counts of unlawful confinement and one count of causing someone to “take a noxious thing, namely Trazodone,” an antidepressant. There is also a charge of uttering a death threat and a charge of misleading a police officer.

Before the matter was adjourned, Justice Norman Boxall was told Boyle has retained prominent Ottawa criminal lawyer Lawrence Greenspon as part of his defense team, although Greenspon was not in court. No family members of Boyle or his wife attended.

Caparelli did not speak after the brief appearance. His other lawyer, Eric Granger, said Tuesday he’s presumed innocent and never been in trouble before.

Boyle told The Associated Press in October that his wife had been hospitalized in Ottawa, but did not specify why she was taken to the hospital.

Boyle also told the AP that week that he and his wife decided to have children even while held captive because they always planned to have a big family.

“We’re sitting as hostages with a lot of time on our hands,” Boyle said. “We always wanted as many as possible, and we didn’t want to waste time. Cait’s in her 30s, the clock is ticking.”

Boyle said then that their three children were 4, 2 and “somewhere around 6 months.”

The parents of Caitlan Boyle, who is from Stewartstown, Pennsylvania, said after the rescue that they were elated she had been freed, but they also expressed anger at their son-in law for taking their pregnant daughter to Afghanistan.

Pakistani soldiers rescued the family from the Taliban-linked Haqqani group in an operation Oct. 11 aimed at their captors. The Pakistanis caught the Haqqani fighters at some point after they had moved with their captives across the border from Afghanistan. Pakistan’s Foreign Ministry said the operation was based on a tip from U.S. intelligence.

Boyle was once briefly married to Zaynab Khadr, the older sister of former Guantanamo Bay detainee Omar Khadr and the daughter of a senior al Qaeda financier who had contacts with Osama bin Laden.

The Canadian-born Omar Khadr was 15 when he was captured by U.S. troops following a firefight and was taken to the U.S. detention center at Guantanamo Bay. Officials had discounted any link between that background and Boyle’s capture, with one describing it in 2014 as a “horrible coincidence.”