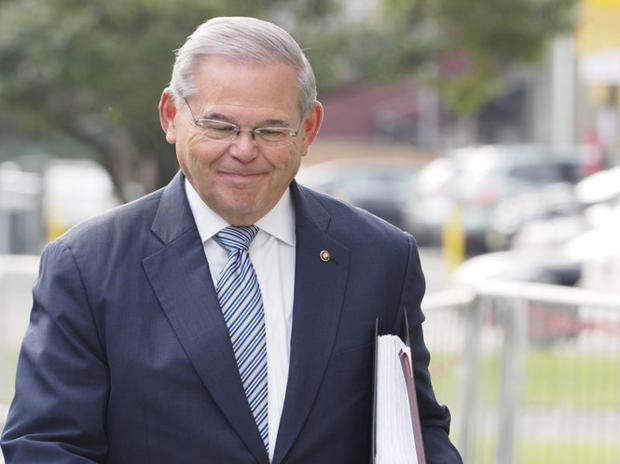 NEWARK — An attorney for U.S. Sen. Robert Menendez, facing the start of his federal corruption trial Wednesday, argued Tuesday that prosecutors gave up their chance to challenge the defense’s proposed jury instructions when they failed to file any of their own.

The 63-year-old New Jersey Democrat has been charged with bribery, conspiracy, honest services fraud and violations of the federal Travel Act along with Salomon Melgen, a Florida ophthalmologist who the Justice Department said lavished the senator with private plane flights, cash donations and other gifts in exchange for political favors that included intervening in a Medicare billing dispute.

Menendez is also accused of failing to report his flights on the doctor’s private planes on government financial disclosure forms.

In a filing Tuesday morning, prosecutors argued the defense repeatedly misstated criminal law in their 144-page proposed jury instructions, which included recommended language to explain the charges and the elements required to find the defendants guilty.

“The jury’s first duty is to find the facts and only after they do so to apply the law,” prosecutors wrote. “That first duty should not be burdened by long-winded legal instructions that improperly invite the jury to mold its fact-finding to the law and blur its examination of the facts altogether.”

Among other contested items, prosecutors said an instruction that would require the jury to find Melgen gave each gift in expectation of a specific official act by Menendez was an “attempt to erase stream of benefits bribery entirely.”

But in a letter that evening to U.S. District Judge William H. Walls, Abbe D. Lowell — a veteran white-collar litigator spearheading the senator’s defense effort — argued prosecutors shouldn’t have missed a court deadline to file their own proposed jury instructions five days prior to opening arguments.

“By failing to comply with the Court’s explicit order to submit any ‘requests to charge,’ the prosecution has given up its opportunity to submit any,” Lowell wrote.

The defense on Tuesday also renewed its request that Walls enforce subpoenas seeking records from a number of federal agencies related to drug trafficking through ports in the Dominican Republic and documentation of government healthcare reimbursement policies.

Attorneys had argued the documents were necessary to establish Menendez’s “innocent motive” in his communications with other government officials in the case. The conversations in question included ones regarding a port security contract Melgen’s company was seeking in the Dominican Republic and the doctor’s Medicare billing dispute with the Department of Health and Human Services.

Walls previously told the defense he was ready to rule on a motion by prosecutors to quash the subpoenas, but said he would give the attorneys until the trial date to negotiate the release of the documents without the subpoenas.

“Even under the narrowed requests Defendants now seek, the agencies (now recognizing the clock is ticking and likely aware of the Court’s statements to try to workout these issues before the Court rules on the prosecutors’ motion) have asserted blanket objections to the subpoenas, declined to negotiate whose files should be searched, and declined to search for documents, thus forcing Defendants to seek the Court’s intervention,” the attorneys wrote.

The pair’s trial in Newark is expected to last six to eight weeks. If Menendez is convicted, the Senate would need a two-thirds majority to expel him.

Thomas Moriarty may be reached by email at tmoriarty@njadvancemedia.com. For confidential tips, you can make an anonymous ProtonMail account to send him encrypted messages at tmoriarty@protonmail.com.