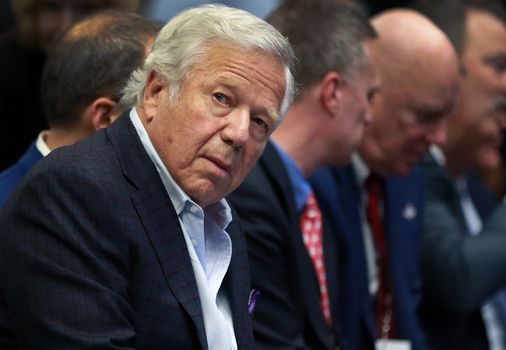 A Florida judge Friday rejected prosecutors’ request to hold Robert Kraft’s top defense lawyers in criminal contempt for their interactions with law enforcement witnesses during a hearing in which Kraft won a major legal victory.

In a four-page order issued Friday, Palm Beach County Court Judge Leonard Hanser wrote that he had reviewed the allegations made by State Attorney Dave Aronberg, considered existing case law on the issue of contempt, and concluded that the actions by attorneys William Burck and Alex Spiro were not crimes.

Kraft, the billionaire owner of the New England Patriots, is facing charges that he paid for sex during two visits to a Florida spa in January. His attorneys have mounted a fierce defense.

“The Court concludes that the issues raised in the State’s Motion and the factual patterns cited by the State in support of its Motion, if true, are more appropriately addressed by any party feeling itself aggrieved” taking their case to lawyer disciplinary panels, Hanser wrote.

At the hearing, Spiro repeatedly challenged Kimbark with accusations that his body camera had recorded him during a vehicle stop telling another officer that the lack of probable cause for the stop did not matter because he would just “make some [expletive] up.”

Police made traffic stops on the cars of spa patrons to identify who the patrons were.

Prosecutors said that a review of the radio transmissions and the body camera video found that Kimbark never made the inflammatory remark, according to the motion.

In court papers, Burck and Spiro fired back at Aronberg’s office. “Unable to justify a lawless, indefensible prosecution on its merits, the State has resorted to trying to smear defense counsel,’’ the lawyers wrote.

Hanser, who presided over the hearing, ruled in Kraft’s favor and barred Aronberg’s office from using the videos to prosecute the 77-year-old Kraft on two misdemeanor counts of soliciting another into prostitution while at the Orchids of Asia Day Spa on Jan. 19 and Jan. 20.

Kraft has denied engaging in criminal activity, pleaded not guilty, and requested a jury trial.

Prosecutors and Kraft have appealed Hanser’s decision to the Fourth District Court of Appeal as both sides agree the use of secretly installed video cameras to investigate prostitution raises constitutional questions about privacy rights that no court has previously addressed.

The appellate court is currently deciding whether to take the case.