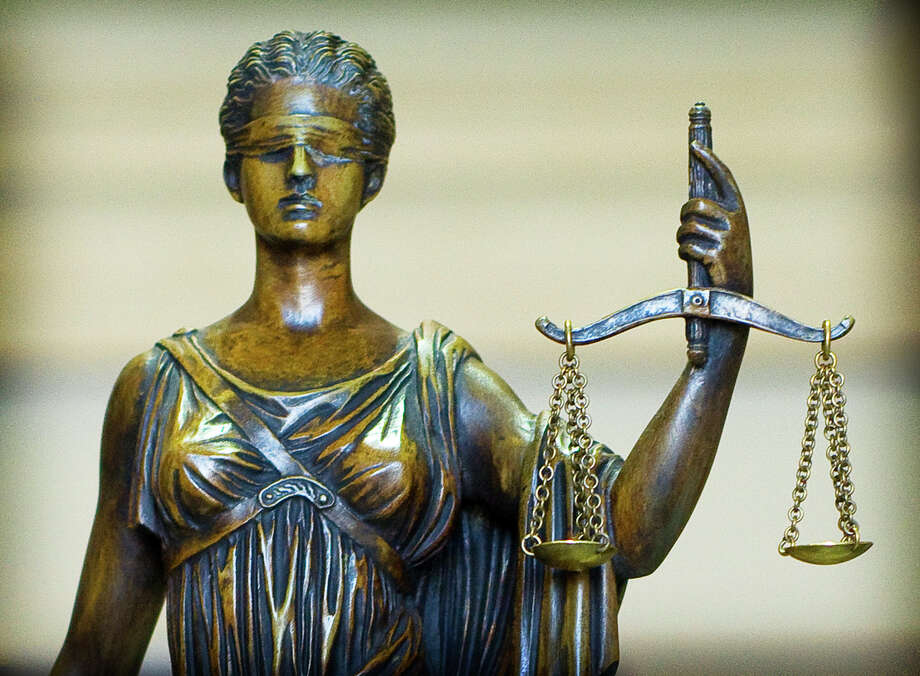 Democrats hoping to push policy usually focus on legislative seats, but this year one of the best opportunities for change is in the misdemeanor courts.

These seats deal with low-level crimes such as trespassing, drug possession and DWIs, and are currently in the middle of a federal lawsuit alleging that their cash bail system violates the U.S. Constitution. All the judges except one are Republican. All except two are fighting this lawsuit.

A blue wave in November could bring a new generation of judges to end the legal fight. Democratic primary voters should ensure that they’re sending forth the best candidates if they want to be successful in this mission. Early voting runs from Tuesday, Feb. 20 through Friday, March 2. Election Day is March 6.

To read this article in one of Houston’s most-spoken languages, click on the button below.

ENDORSEMENTS:See which candidates the Houston Chronicle editorial board supports

Harold Landreneau earns our endorsement for this primary slot with a significant caveat. Landreneau, 49, needs to shed the communication style of a chief clerk of a justice of the peace court, a job he held for over a decade, and assume the more deliberate and focused demeanor of a member of the judiciary. It’s not enough to be courteous to litigants: To be an effective manager, a judge needs to be concise.

Then, there’s the red flag on Landreneau’s record: a public dispute with his former boss, former Judge Dale Gorcynski, who served as Justice of the Peace in Precinct 1 for over 20 years. To avoid issuing a non-endorsement in this primary contest, we’re forced to overlook the South Texas College of Law’ graduate’s drawbacks.

His opponent, Ronnisha Bowman, who has practiced law for five years, needs more seasoning before she is ready to assume the bench. The winner will face Republican incumbent Judge Bill Harmon in November.

Both candidates believe in more emphasis on rehabilitation in the county criminal court system. Even though Merjanian’s noble goal of ending mass incarceration needs more refinement, both candidates showed passion for changing a system that’s set in its ways and that needs much improvement. Fleischer, 43, has eight more years of experience as criminal lawyer than Merjanian. The idealistic Merjanian – whose five years of experience barely exceeds the statutory minimum for this bench – has the potential to be a good judge. While we’d strongly urge Merjanian to run again, voters should cast their ballots in this primary contest for Fleischer.

Also running is Aaron James Saldana, who graduated from law school in 2014 and did not interview with the editorial board. The winner will face Republican candidate Xavier Alfaro in the general election.

The first thing you’ll notice about Andrew W. Wright is his long rockstar-style hair and beard – not what voters are used to seeing on a judge. The reasons for his copious coiffure? He’s growing out his hair to donate it, and the beard covers up a double chin.

Wright’s experience as a lawyer is significantly more traditional. The South Texas College of Law Houston graduate has been practicing law for over a decade, and has been exclusively practicing criminal defense for eight years. Wright, 35, has endorsed personal recognizance bonds as the norm for misdemeanor court – we agree – and assured us that, hairstyle aside, he plans on staying to the straight and narrow of his judicial responsibilities. That includes helping first offenders, supporting the expansion of diversion courts and sentencing the worst criminals to the highest punishment possible for county criminal courts – one year in jail.

Democratic primary voters have the chance to vote for a candidate who wants to be a force for change. That candidate is Wright. The editorial board did not meet with Danval Scarbrough, who is also running in the Democratic primary. The winner will face Republican incumbent Judge Pam Derbyshire in the general election.

A Jewish lawyer appointed to represent a general in the Aryan Brotherhood? That sounds like it could have been a movie, but it’s only one case in candidate Gus Saper’s 43-year career as a criminal defense attorney. With the Harris County Criminal Justice Center out of action for another two years due to Hurricane Harvey, this bench needs a resourceful judge like Saper.

A graduate of the South Texas School of Law Houston, Saper, 69, has the depth of knowledge and the historical perspective to know how to upgrade the procedures in this court to make them more courteous and efficient even with limited resources.

Opponent Sedrick T. Walker II made some compelling arguments for ways that the county criminal judiciary could achieve more equitable results. Walker is qualified, has all the makings of a good judge and should run again. It’s just hard to argue with Saper’s experience. The winner will face the Republican nominee in the general election race to replace incumbent Republican Judge Diane Bull.

Juan J. Aguirre started his career in law by working alongside his father – a courthouse janitor in Del Rio.

“I got my baptism into the law field by cleaning up the courtroom,” Aguirre told us at his screening.

Since then he has graduated from South Texas School of Law Houston and worked for the past 16 years as a criminal law attorney, first as an assistant district attorney for Harris County and then as a criminal defense attorney. Aguirre, 51, takes pride in his mentorship of young lawyers, advising them to delve deep into their profession by visiting the crime scene and the crime lab and riding with the police to see what law enforcement sees. Before becoming a lawyer, Aguirre worked as a city planner and manager after obtaining a Masters of Urban Planning from Texas A&M University.

His opponent, Cassandra Y. Hollemon, who did not meet with the editorial board, practices largely civil law and can’t match Aguirre’s stellar qualifications. Harris County voters have a clear choice in this primary. The winner will run against Republican nominee John Spjut in the general election race to replace incumbent Republican Judge Robin Brown.

Raul Rodriquez, 58, is our choice for the Democratic primary. With 28 years of experience practicing criminal law, Rodriquez is well-qualified. This naturalized citizen is a clear communicator who also happens to be bilingual. He has judicial experience, having served as city of Houston municipal court judge for 12 years. Finally, he displays the right temperament for the judiciary.

The South Texas Law Center Houston graduate told us, “I believe it’s important for a judge to be involved in a community and to know what goes on there.”

Democratic primary voters should not hesitate to pull the lever for Rodriquez. He deserves a chance to compete in the general for this open bench against Republican challenger Jessica Padilla. The other candidate in this Democratic primary, Mike Renfro, did not meet with the editorial board.

In this race between two young, passionate lawyers, we encourage Democratic voters to back Kris Ougrah, who told the editorial board he is running to improve the future of Houston’s youth. A graduate of the Thurgood Marshall School of Law, Ougrah, 40, promises to take personal interest in setting young offenders on the right path in life. He also wants to run a mentorship program. However, we would recommend that Ougrah, who had a habit of being overly loquacious during his editorial board interview, focus on the judicious practice of a succinct comment.

Ougrah has been practicing law about twice as long as his opponent, Tonya Jones, who was admitted to the bar in 2011.

However, Jones stood out as one of the most eloquent candidates for a judicial office that we’ve screened this primary season. The self-described millennial candidate possesses a rare blend of judicial temperament and passion for rehabilitation that is present in the most dedicated judiciary.

Harris County will be in luck if Jones gains more experience in criminal law and runs again for a county criminal bench. Nevertheless, voters should back the better qualified Ougrah. The winner will face Republican candidate Roger Bridgewater in the general election race to replace Republican incumbent Judge Jean Spradling.