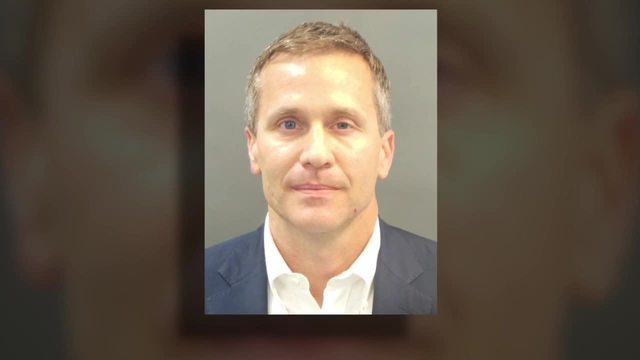 Missouri Gov. Eric Greitens has referred to lobbyists and consultants that way but now he has one working for him as he defends himself from an invasion of privacy charge.

A week into his term in office in January of last year, Greitens first comments to 41 Action News Anchor Dia Wall were about lobbyists.

Specifically, Greitens noted in the first minutes of his term, he signed an executive order banning lobbyist gifts to anyone who works in Missouri’s executive branch.

“They sent us here to put an end to politics as usual and that’s exactly what we’re doing. No one who works for me can turn around and lobby me,” Greitens said.

Now a little over a year later, a grand jury has indicted Greitens on a felony invasion of privacy charge.

“I believe in the grand jury system completely and I believe it is a fair system and we need it,” said UMKC Law Professor Rafe Foreman.

Foreman was a long time criminal defense attorney prior to his current role at UMKC.

Greitens’ attorney Edward Dowd has filed a motion for dismissal in the governor’s case.

“In 30 years of practicing criminal law has led to less than one or two motions to dismiss an indictment granted,” Foreman said.

While Dowd is working on Greitens’ behalf, his law firm has hired Clout Public Affairs as a consultant.

Axiom Founder Jeff Roe was the senior strategist and campaign manager for Ted Cruz’s run for president in 2016.

Baker told the 41 Action News Investigators he registered as a lobbyist for the Dowd Bennett Law Firm representing Greitens on Wednesday.

Greitens was arrested, booked and released on his felony charge on Thursday.

While Clout is tasked with helping the governor’s lawyer on the political and public relations side, the criminal justice process is just beginning.

“A person is innocent until proven guilty and I wish politics would stay out of the courtroom,” Foreman said.

Greitens is scheduled for his first court appearance in March.