Moving beyond rote denials, Harvey Weinstein is playing a leading role in shaping what his lawyer said Monday will be an aggressive defense to sexual assault charges that could put him in prison for the rest of his life.

Lawyer Ben Brafman said the movie mogul-turned-#MeToo villain is essentially working as his paralegal and that they’re stacking up “overwhelming evidence” from email traffic and witness accounts to refute allegations that, so far, have led to criminal charges involving three of the dozens of women who’ve accused Weinstein of wrongdoing.

“I can tell you that we are no longer simply relying on Mr. Weinstein’s denials,” Brafman said outside a New York City courthouse after Weinstein pleaded not guilty to new charges alleging he performed a forcible sex act on a woman in 2006.

“We have corroborative evidence in the form of witnesses, we have corroborative evidence, overwhelming evidence, in the form of email traffic. And the suggestion that Mr. Weinstein raped anyone, just based on what I’ve seen, just based on the evidence I’ve seen, is just a preposterous allegation,” Brafman said. “So far, everything he has told us to look for we have found. And his denials are in my judgment being confirmed everyday by a lot of evidence we are finding that is independent of Mr. Weinstein.”

A judge released Weinstein on the same $1 million bail he posted at his first arraignment involving two other accusers and was allowed to return to his Westport, Connecticut home. He’s due back in court on Sept. 20.

Weinstein previously forfeited his passport and is fitted with an electronic monitoring bracelet. He’s also been ordered to stay away from the three women.

Prosecutors, saying the new charges were “significantly more serious,” had sought to have Weinstein forced to move to Manhattan and placed on house arrest.

“We fight these battles one day at a time, and today we won this round,” Brafman said afterward.

Weinstein, 66, hobbled into the courtroom with his hands cuffed behind his back. He was uncuffed for the proceeding and didn’t say much other than entering his plea.

He left court a few minutes later, trailed by a bulky bodyguard. Weinstein suddenly turned back in a panic about the whereabouts of his wallet. Brafman later said he’d found it.

Weinstein’s new charges include two counts of predatory sexual assault, which carries a maximum sentence of life in prison upon conviction. Manhattan District Attorney Cyrus R. Vance Jr. said they are “some of the most serious sexual offenses” that exist under state law.

Attorney Gloria Allred, who is representing the woman whose allegations led to the new charges, said her client will testify if the case goes to trial. She said she doubted Weinstein would do the same.

“Are you really willing to have your client face the jury?” Allred said outside the courthouse. “I doubt that you will take that risk, Mr. Brafman.”

Brafman identified her in court as a former film production assistant who went public last October with allegations that Weinstein forcibly performed oral sex on her in 2006 at his Manhattan apartment.

The Associated Press generally does not identify people who say they are victims of sexual assault unless they consent to being identified publicly. Allred said her client is “not going to be giving any interviews and she’d like to maintain her privacy.”

More than 75 women have accused Weinstein of wrongdoing as allegations detailed in Pulitzer Prize-winning stories last October in The New York Times and The New Yorker magazine swelled into the #MeToo movement.

Only three complaints have led to criminal charges so far. In addition to the assault claim that brought him to court Monday, Weinstein is accused of raping an unidentified woman in a hotel room in 2013 and forcing a former actress, Lucia Evans, to perform oral sex at his office in 2004. Evans was one of the first women to accuse Weinstein publicly last fall.

A Timeline of Harvey Weinstein’s Undoing 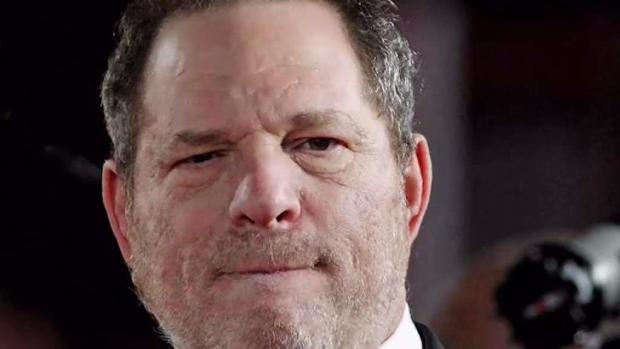 Weinstein, who produced movies including “Pulp Fiction” and “Shakespeare in Love,” has denied all allegations of nonconsensual sex, with Brafman challenging the credibility of his accusers and the reporting that led to his downfall.

“If we allow Pulitzer-driven reporters to decide this case, then it could be hopeless,” Brafman said. “God help all of us if that’s how the criminal justice system is allowed to work.”