Public consciousness is collectively enthralled by the media circus, elusive events, bizarre behavior and often gruesome details that surround highly publicized crimes. Most mesmerizing, however, are the perpetrators responsible for committing these dastardly deeds.

With our eyes glued to TV screens watching the criminal proceedings unfold, we wonder: “What might prompt someone to act so irrationally? What circumstances drove them toward that brink?” Then, there’s the classic “nature versus nurture” debate. Were they psychologically predisposed to violence, or are environmental factors to blame?

Regardless of the catalyst, these infamous individuals share one commonality: they can all trace their felonious roots to the Pacific Northwest — a stage set for newsworthy yet horrifying scenarios. 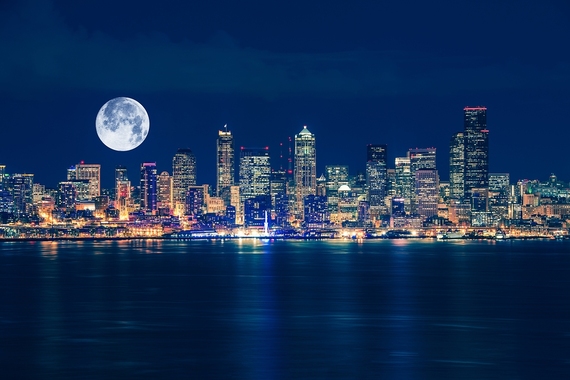 Among the most notorious serial killers in American history, Ted Bundy has been linked to 36 murders on-record. Some sources have even alleged that he committed over 100 murders before his 1989 execution at a Florida state prison.

Bundy was born in Vermont then later relocated, along with his mother, to the Pacific Northwest, where he would eventually earn a Psychology degree from Seattle’s University of Washington. Throughout his adolescence, Bundy began exhibiting sociopathic tendencies, marked by a perceived ineptitude when communicating with others. Witnesses have also indicated that, from a young age, he became fascinated by knives and violence.

Reportedly, Bundy’s killing spree was instigated when a college sweetheart ended their relationship. In fact, several of his victims strongly resembled this ex-girlfriend. In 1974, Bundy murdered nine women in Washington and Oregon, while simultaneously attending UW, volunteering with a political campaign and planning to enroll in law school.

Known for his disarming physical features and charismatic pretense, Bundy lured numerous unsuspecting female students to their deaths during his five-year rampage. His criminal activities have even been traced to incidents in Utah, Colorado, Idaho and Florida.

Dubbed the “Green River Killer,” based on his pattern of dumping corpses along the Green River, Gary Ridgway ultimately confessed to 71 murders. He was active throughout the ‘80s and ‘90s, managing to elude capture until 2001.

Ridgway embarked on his killing spree in 1982, during which time, he preyed on female prostitutes and runaways. Also demonstrating necrophiliac behaviors, Ridgway often visited his victims’ burial sites to have intercourse with their bodies. Following a conviction on 48 counts of aggravated first-degree murder, this assassin received a life imprisonment sentence.

In order to escape execution, Ridgway cooperated with detectives in locating the unaccounted for victim remains. He is currently isolated at USP Florence Supermax prison, but will soon transfer to Washington where he can be more “accessible” for open murder investigations.

Given the pseudonym “D.B. Cooper” by media outlets, an unidentified man infamously hijacked a Boeing 727 aircraft on November 24, 1971. After extorting $200,00 in ransom from the passengers, he parachuted away and vanished into the Northwestern wilderness.

D.B. Cooper himself remains at-large, however. Although he presumably did not survive his skydive escape, FBI authorities still cannot trace this individual’s whereabouts. In fact, over 40 years later, his true identity continues to be shrouded in mystery.

At this time, Letourneau had a husband and four children, but the marriage was reportedly in shambles. Following her sentence completion, Letourneau and Fualaau said “I do,” and have since been married for 10 years. Currently, the couple is petitioning to remove her name from Washington’s sex offender registry.

These criminals have undeniably earned reputations for wreaking havoc on numerous lives, leaving  harmful consequences in their wake, and capturing public attention in the process.

Can you think of any other notorious Northwestern convicts we forgot to mention? Tell us in the comments section below.

Frankie Rendón is a freelance writer. He has written this post on behalf of Seattle Lockmaster.

Ron Goldenberg is the manager of Seattle Lockmaster, a 24 hour locksmith service company that offers residential, automotive, and commercial services throughout the greater Seattle area.