Kevin Spacey stood in a Massachusetts courtroom Monday to face a sex-crime charge that he groped a teenage busboy in a bar on Nantucket Island in 2016. He did not voice his expected plea of not guilty but it was entered on his behalf, and the judge set his next court date for March 4.

But first Spacey, 59, faced a massive media scrum of cameras of the sort he’s been avoiding for more than a year, both coming into and leaving the courthouse.

The two-time Oscar-winning actor had said in court documents he would plead not guilty to a charge of felony indecent assault and battery.

Under Massachusetts court rules, a defendant can waive the reading of the complaint at arraignment, which Spacey did, and a plea can be entered on his behalf by his lawyer. Spacey himself did not have to say the words “not guilty.”

Spacey arrived in the tiny courtroom jammed with media people, wearing a suit, tie and sweater vest, looking tired and unsmiling. He said nothing, but mouthed “thank you” at the conclusion of the hearing. 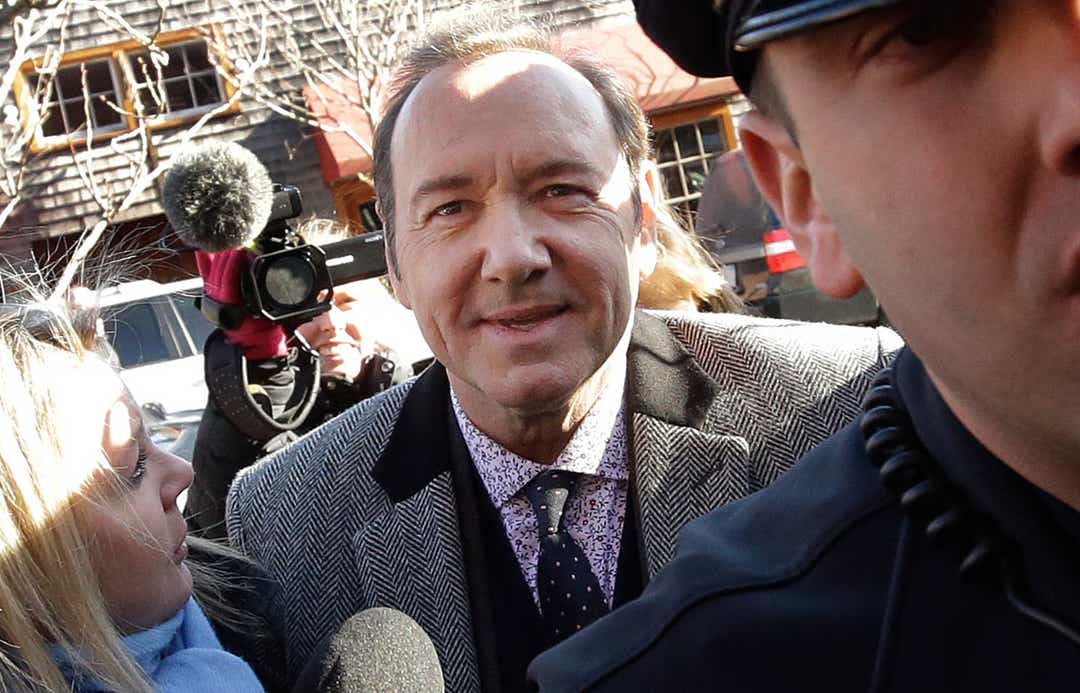 Judge Thomas Barrett ordered Spacey to have no contact with his accuser or his accuser’s family, and he was released. He also ruled Spacey did not have to personally appear for the March hearing, but said he needs to be available by phone.

No bail was sought but he was warned that if he is accused of a similar crime, Spacey could be imprisoned for 90 days without bail.

The judge granted a request by Spacey’s lawyers to preserve the accuser’s cellphone data for six months after the alleged assault. Spacey defense lawyer Alan Jackson said there is data that is “likely exculpatory” for Spacey.

Spacey and his lawyers declined to comment as they left the courthouse amid a crush of reporters.

Adam Citron, a New York lawyer who is familiar with Massachusetts criminal law, said it appearedthat the state intends to treat Spacey like any other criminal defendant.

“He’s not getting any preferential treatment, they’re treating him like anyone else,” Citron said. “And it’s interesting that the prosecutors are treading lightly in that they didn’t ask for bail other than stay away from the complainant. They’re being very conservative (in their approach).”

Spacey’s arraignment on the charge comes more than a year after former Boston TV anchor Heather Unruh accused the ex “House of Cards” star of sexually assaulting her son, then 18, in the crowded Club Car restaurant bar where the teen worked as a busboy in the summer of 2016.

Going in and out of the courthouse, Spacey walked a gauntlet of bellowing reporters and photographers, but inside the courtroom there was no drama. About 20 minutes before the proceeding was to start, network TV cameras on helicopters and drones were trained on and following a car they said was carrying Spacey to the courthouse from the local airport.

When he got to the courthouse door, there were so many cameras around him he was hard to see.

The media’s mission: to capture Spacey’s “perp walk,” the first official images of the shamed star since he disappeared from public view more than a year ago as multiple men came forward to accuse him of sexual misconduct dating back decades and crossing multiple jurisdictions. 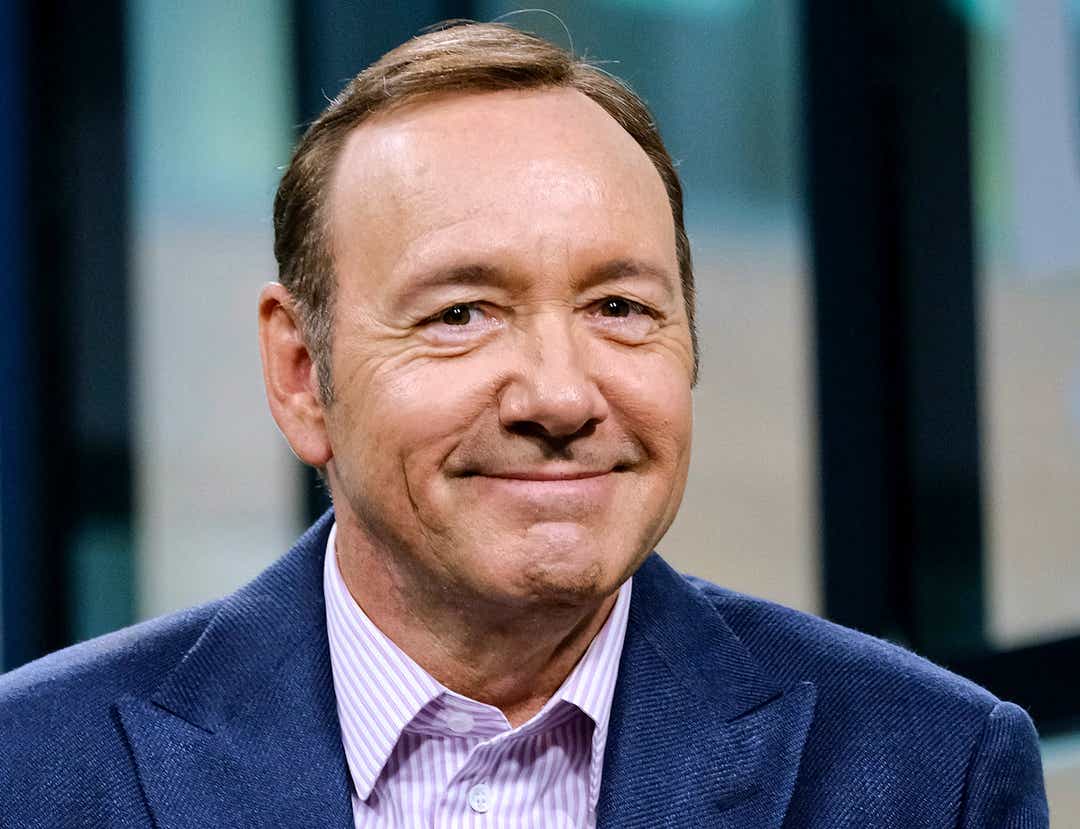 Neither Spacey nor his lawyers, Los Angeles-based Jackson and local lawyer Juliane Balliro, spoke to the media before or after the arraignment. As Spacey left the courthouse, he ignored the shouted questions from the media.

Spacey had sought to avoid this scene, insisting he didn’t need to be physically present to enter a plea. His lawyers filed a motion to seeking approval for Spacey to skip appearing in person at his arraignment to avoid tainting a potential jury pool before trial.

Spacey’s team argued in court papers that his presence “will amplify the negative publicity already generated in connection with this case.”

Although Spaceyhas been accused by more than a dozen men of sexual misconduct, the Nantucket charge, revealed at the end of December 2018, is the first and so far sole criminal charge against him. (He is still under investigation in Los Angeles and London.) 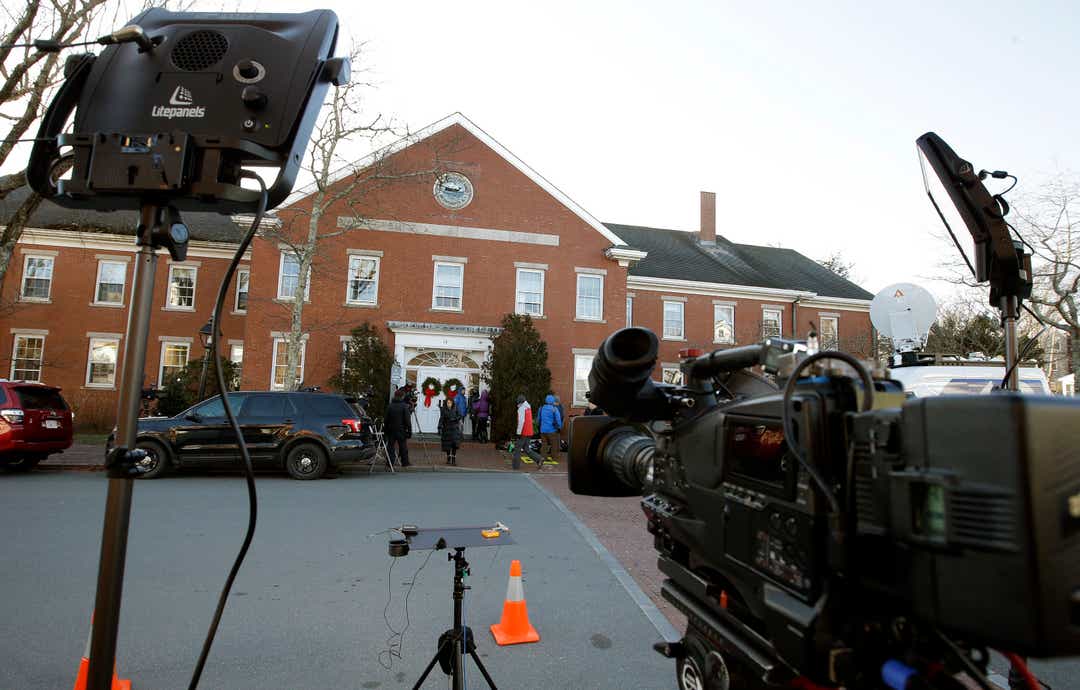 It also makes him only the second man to be criminally charged out of dozens of entertainment and media figures who have been accused of sexual misconduct since October 2017 and the subsequent surge of the #MeToo movement.

Spacey’s lawyers and publicists say he has consistently denied any non-consensual sex with anyone. Aside from a statement he issued apologizing to his first accuser, actor Anthony Rapp, and also coming out as gay, Spacey has said nothing to the media.

But after the charge against him became public on Dec. 24, within hours Spacey posted a baffling video of himself on YouTube in which he pretended to be his “House of Cards” character, Frank Underwood, and suggested people should not believe “the worst without evidence.”

Spacey’s video brought a surge of mocking, outraged tweets from celebs and non-celebs alike. “Creepy,” pronounced actress Alyssa Milano, an outspoken activist in the #MeToo movement. Lawyers questioned whether Spacey’s move was rash legally speaking, while public relations experts wondered if he had done himself more harm than good in the court of public opinion.

Few of the #MeToo accused have suffered as precipitous a fall as Spacey. His life, career and reputation were shattered in the days after Rapp publicly accused him of attempted statutory rape in Spacey’s New York apartment in 1986 when Rapp was 14 and Spacey was 27.

Spacey was subsequently fired from his starring role in “House of Cards,” was edited out of a major movie, lost a deal to make a Gore Vidal bio-pic, was accused of sexual misconduct by 20 people at London’s Old Vic theater where he was artistic director for more than a decade, and came under investigation by police in multiple jurisdictions. Eventually he fled to a sex-addiction rehab center in Arizona, where paparazzi snapped surreptitious pictures of him.

Then he disappeared from public view, only to turn up last week in a luxury townhouse in Baltimore’s pricey Inner Harbor (“House of Cards” was made in Baltimore), where a tabloid photographer captured pictures of him in a baseball cap reading “Retired since 2017.” Spacey bought the photographer a Domino’s pizza and told him to “have a happy New Year.”

The Nantucket case emerged in November 2017 when Unruh called a press conference in Boston to accuse Spacey of getting her son drunk and sticking his hands down his pants in the restaurant bar where her son was working as a busboy in the summer of 2016.

On Monday, Unruh’s attorney, Mitchell Garabedian, emailed a statement on behalf of Unruh’s son, declining to comment on the criminal case but praising Spacey’s accuser.

“By reporting the sexual assault, my client is a determined and encouraging voice for those victims not yet ready to report being sexually assaulted. My client is leading by example,” Garabedian’s statement said.

The investigation of Unruh’s son’s allegation was conducted by the Massachusetts State Police. On Dec. 20, at a probable-cause hearing in Nantucket District Court, a local magistrate heard evidence presented by the state police – and cross-examined by Spacey’s lawyer – and ruled there was enough to proceed with charging Spacey.

Among the evidence presented: A three-minute phone video shot by the accuser who told police it showed Spacey groping him, and that he sent it to his girlfriend via Snapchat who confirmed she saw it before it disappeared.

Jackson elicited testimony from an investigator who conceded that the video didn’t show it was Spacey’s hand touching the front of someone’s pants.

Testimony also showed that the accuser lied to Spacey about his age, that he drank with Spacey even though he was too young to drink, that he approached Spacey first in the bar, that he exchanged phone numbers with Spacey, and that he did not move away or tell Spacey to stop for up to three minutes while he was allegedly being groped.

If convicted, Spacey faces up to five years in prison.