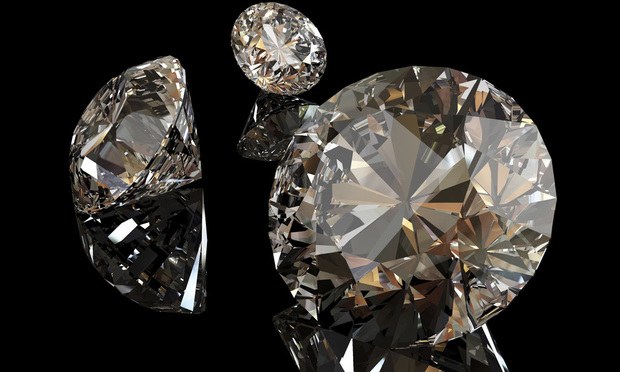 The Commission for Lawyer Discipline is seeking to disbar a Houston solo practitioner who was convicted of crimes related to a scheme that purported to take investors’ money to buy and sell diamonds, but really used the funds for other concealed purposes.

Christopher Jiongo pleaded guilty and was convicted of wire fraud and aiding and abetting, which is an intentional and serious crime and deserves disbarment, the commission alleged in a compulsory discipline petition to the Texas Board of Disciplinary Appeals. The board is set to hear the case in October.

Jiongo is unavailable for comment because he is currently incarcerated in the Federal Correctional Institution in Beaumont, according to the Federal Bureau of Prisons inmate locator. He’s got a projected release date in 2021. He’s serving four years and 10 months in prison, followed by two years of supervised release, and was also ordered to pay $3.79 million in restitution.

Claire Mock, a spokeswoman for the State Bar of Texas Office of Chief Disciplinary Counsel, which represents the Commission on Lawyer Discipline, didn’t respond to an email seeking comment before deadline, and neither did the federal public defenders who represented Jiongo in his underlying criminal case.

Jiongo earned his law degree from Southern Methodist University Dedman School of Law in 1987 and was licensed in Texas the same year. He was also licensed in New Jersey and Pennsylvania. His State Bar of Texas profile said that he practiced in the areas of business, international, securities law and finance. He doesn’t have a public disciplinary history, but he’s currently administratively suspended from practicing law, which can happen if a lawyer doesn’t pay dues or taxes, doesn’t comply with continuing education rules, defaults on student loans, or other things.

The superceding indictment in United States v. Otteson, filed in the U.S. District Court for the Northern District of Texas, explains the allegations against Jiongo, who was one of three co-defendants.

The two other co-defendants were involved in a Dallas business called Worldwide Diamond Ventures, which starting in 2011 was selling “nonrecourse promissory notes” to investors for $50,000 per note. Jiongo was an officer who formed another company, Global Reach, in 2011.

Jiongo and his co-defendants in March 2011 hired three outside companies to market and sell the diamond notes—Jiongo drafted them—to raise the start-up funds. Each $50,000 diamond note had a nine-month maturity date and promised 8 percent interest. They initially raised $5 million from new investors from March to June 2011, alleged the indictment.

However, they realized their original business plan—of using investors’ money to buy and sell diamonds—had failed because they couldn’t buy and sell the diamonds on the market as planned.

They started deceiving investors, claimed the government, saying they were using the funds for diamonds and that the diamond notes were fully secured by diamonds and cash. Really they knew the funds weren’t fully secured and they hid the fact they used the money for other things like $300,000 for unauthorized loans to business friends, some of which bought cars. Another loan of $1.45 million went to a third party who promised a future purchase of gold and diamonds, but never delivered, the government claimed. A loan of $1 million went to Jiongo’s business, Global Reach, for a start-up insurance company.

When an investor’s diamond note matured in nine months, rather than paying back the $50,000 plus interest, the defendants would encourage the investor to renew the note. They paid interest, but that money didn’t come from the profits of diamond sales, like it was supposed to, but instead from new investors’ funds, said the indictment.

Regarding the $1 million loan from Jiongo’s company Worldwide Diamond to Global Reach, the government alleged in the indictment that Jiongo sent $630,000 total into his lawyer’s trust account at a Dallas bank and then transferred funds to third parties. One of those funds transfers was the subject of count 2 of the indictment, which is the wire fraud aiding and abetting count to which Jiongo pleaded guilty. It involved a $100,000 wire transfer of funds from Jiongo’s trust account to an outside company.