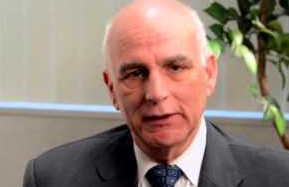 Taryn Asher of Fox 2 reports that Pugh, who has been living in New York, faces six counts of criminal sexual conduct in Wayne County in connection with allegations that he had sex with a 14-year-old in a 2003-04 case dating. Pugh was 32 at the time and working as a Fox 2 morning anchor. In 2009, he was elected president of the city council.

“It’s about time,” Seikaly says in a written comment to Deadline Detroit on Thursday morning, commenting on news of the criminal charges.

“Anyone who read the text messages in my clients case, or heard his testimony, would have known this was a pattern of conduct for him. I always believed he should have been prosecuted for his conduct with my client.  More importantly, I think it’s time we asked ourselves why we protect people like him for so long.  His inappropriate involvement with young men has, for years, been one of the worst kept secrets in our community, but until my client’s mother came forward, no one did anything to stop him”

A federal jury last November awarded $250,000 to Seikaly’s client stemming from his encounters in 2012 as a student at the Charles Pugh Leadership Academy in Detroit.  Pugh, who was president of the city council, was mentoring students. The student who sued was 17 at the time he met Pugh in the program.

Pugh offered the student money in exchange for making a sex video and sent him a number of sexual texts. The jury dismissed a sexual harassment claim in the case, but found Pugh liable for battery and intentional infliction of emotional distress.

Marc Deldin, Pugh’s attorney in the civil case, did not immediately respond to an email early Thursday morning for comment.