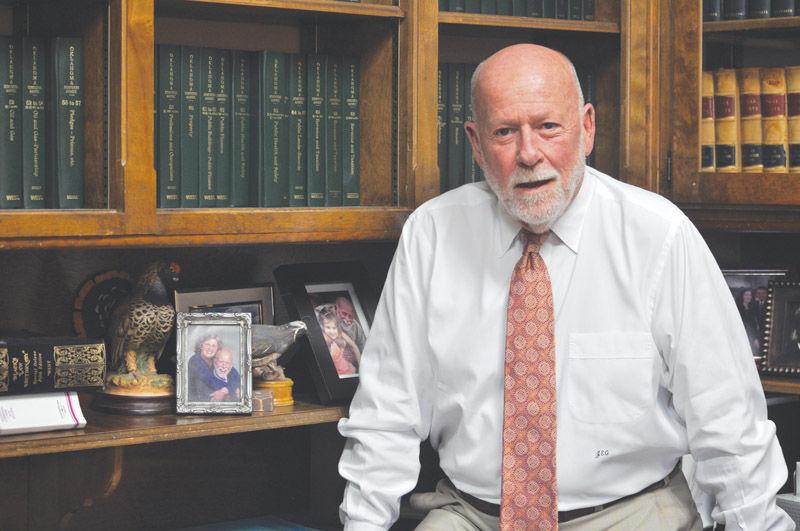 Being nominated by peers as being one of the best lawyers is an honor for a local criminal defense attorney.

Jack E. Gordon recently celebrated his 45th year practicing law this month, followed by being named among the best criminal defense attorneys for the past 18 years in the national publication “Best Lawyers,” which is published in 75 countries around the world.

Of the recognition, Gordon said he is honored to be recognized and named as one of the best criminal defense attorneys, among other attorneys in the geographical and legal practice area.

Recognition by Best Lawyers is solely based upon peer reviews to capture the consensus opinion of nearby leading attorneys who can best describe professional abilities of those they nominate.

Once attorneys are nominated, the current attorneys recognized as best lawyers provide feedback on the scope of work performed by the candidate.

The 2017 edition of Best Lawyers is based on more than 7.3 million evaluations of lawyers by other lawyers, according to Best Lawyers’ website.

Feedback is then collected from those who voted on Facebook and an eligibility check is done to confirm candidates are in good standing with their local bar associations before results are released.

Out of 150 cases tried over the course of Gordon’s career, 20 were murder cases with some involving the death penalty.

Last year, Gordon was named Criminal Defense Lawyer of the Year by Best Lawyers in America — another area recognized — that was based off of a 2015 death penalty case Gordon tried in a Tulsa court.

Gordon is also a fellow of the American College of Trial Lawyers, limited to the top one percent of the trial bar in the U.S. and Canada. There are currently only four criminal defense lawyers in Oklahoma admitted to that group.

Nominees for that honor is chosen by state, regional and national committees, where the candidates have to pass all three committees and requirements before being chosen.

Although Gordon puts in a lot of hours, some of his greatest thoughts happen at 2:30 in the morning. He said some of his best opening statements are derived out of interrupted sleep. To sum up his law career, “It has been a career with nice honors,” he added.