Criminal defense attorney Doug Dolfman is an easygoing guy, who can often be seen in Philadelphia’s Criminal Justice Center defending clients in drug and gun cases. Come this April, it’ll be one year since he started doing stand-up as an amateur at Helium Comedy Club.

And this coming Monday at 6 p.m., he’ll be making his improv debut at the Act II Playhouse in Ambler as part of a group performance. (Tickets are free.)

His three shows at Helium, at 2031 Sansom Street in Center City, have so far included a similar routine. His fourth show will be in May, he says.

(Click here and here to watch two of his past shows at Helium. Note: These shows contain mature language and themes.)

“I have been keeping the streets of Philly dangerous for the past 22 years and I am damn proud of it,” he tells his audience.

“I went to college at Penn State, but my clients go to state pen.”

The stories are true, he says. “There was an alleged drug dealer who was selling drugs out of a tree and a squirrel came in there and was snorting up the cocaine,” he confirmed during an interview this week. “I had a client who had sex with a dog. That was a true story.”

Dolfman, of Blue Bell, who recently turned 50, got his start after taking a class at Helium last year taught by nationally known New York City comedian Brad Trackman. “I like the fact that he personalizes his humor, telling the truth about his profession and bringing out the funny side of it,” Trackman said of Dolfman by phone.

Dolfman shares an office in Suburban Station with his father, Murray Dolfman, also an attorney. His mother, Fran, answers the phones. (“She pretends to be a receptionist,” Dolfman says during his show. “She’ll get the area code right — and the next seven numbers are pretty much a crapshoot.”)

He also has a secondary office at the WeWork co-working space at 1601 Market Street in Center City, from where he spoke Tuesday. 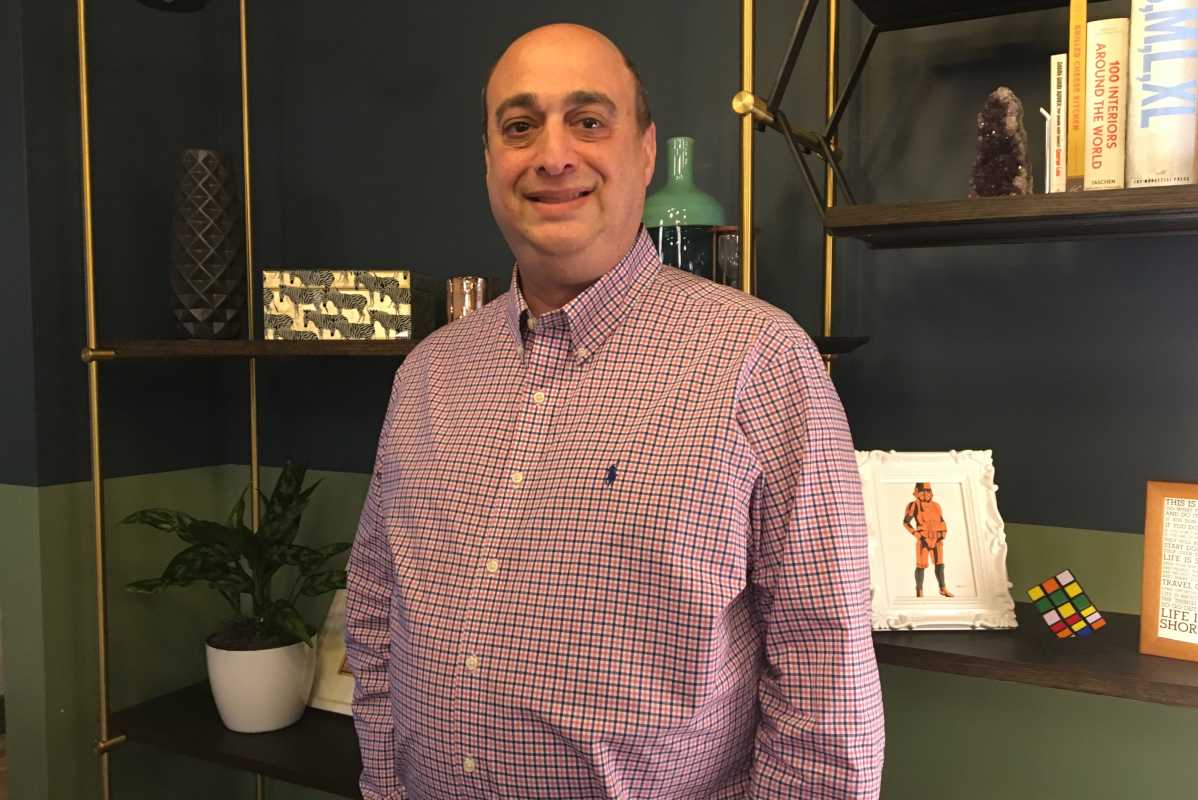 Q: How’d you get into stand-up?

A: I think doing criminal defense law in Philadelphia for 22 years —it’s always been something weird and something different. … [Stand-up] was kind of like the next step for me. I wanted to express my personality, which has always been humorous in many ways.

Q: You’re onstage for about six to seven minutes?

A: You get about 5½ to seven minutes, depending on the show. … The hardest part is the delivery. I write my own material and I write about what I do as a criminal defense attorney. I write about my parents, my life, my kids, and my ex-wife.

A: I was the jokester of my class. I always tried to say something funny. It wasn’t always successful. … At the same time, I was the geeky, nerd kid who studied.

Q: Do you want your stand-up to be more than a hobby?

A: No, this is a hobby for me. I’ll take it as far as I can go as a hobby here around Philadelphia. If somebody wants to offer me an HBO special, I’m certainly willing to go out there and do one. But, nope, it’s my outlet … . It’s just something I enjoy doing. If I can make someone laugh on a daily basis, then I’ve accomplished what I want to do.

Q: Do any of your clients know that you also do this?

A: Yes, some of my clients know I do that. And a lot of attorneys know I do this, too. Attorneys all want to come see my show.

Q: What do your clients think about your doing stand-up?

A: I think my clients think it’s a good thing for me. … It makes them feel like [I’m] being real with them.

Over the past year, the Inquirer, the Daily News and Philly.com have uncovered corruption in local and state public offices, shed light on hidden and dangerous environmental risks, and deeply examined the region’s growing heroin epidemic. This is indispensable journalism, brought to you by the largest, most experienced newsroom in the region. Fact-based journalism of this caliber isn’t cheap. We need your support to keep our talented reporters, editors and photographers holding government accountable, looking out for the public interest, and separating fact from fiction. If you already subscribe, thank you. If not, please consider doing so by clicking on the button below. Subscriptions can be home delivered in print, or digitally read on nearly any mobile device or computer, and start as low as 25¢ per day.
We’re thankful for your support in every way.