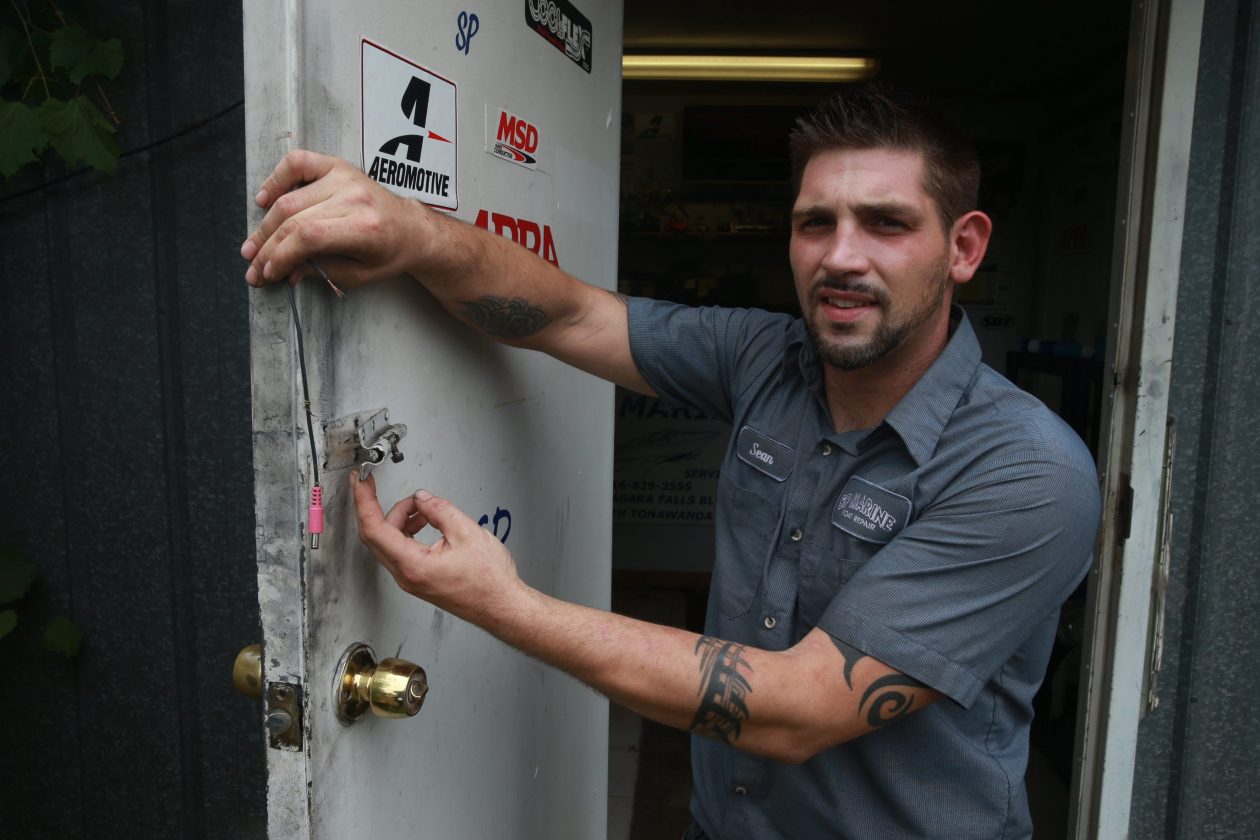 No favoritism was extended to a Niagara County attorney who was granted a non-criminal plea March 15 in connection with an incident at a Wheatfield boat repair shop, said Erie County District Attorney John J. Flynn Jr.

Mark D. Grossman, a Niagara Falls lawyer and an assistant Niagara County public defender, had been charged with two misdemeanors after the July 2016 incident, in which he and a friend of his, Marc Masich, entered the business after hours and removed Masich’s boat.

Grossman pleaded guilty to disorderly conduct, a violation which does not give him a criminal record.

Pendleton Town Justice Kevin D. Mack, who handled the case after Wheatfield judges recused themselves, imposed a $125 fine and a $125 surcharge and ordered Grossman to give two lectures at the county Law Enforcement Academy on how a badge or a title won’t necessarily keep a person out of trouble.

“He was the main culprit here. It was his boat,” Flynn said.

Grossman’s case was turned over to Flynn’s staff after Niagara County District Attorney Caroline A. Wojtaszek recused her staff from the case because of their regular dealings with Grossman.

Did Grossman get a break because he’s a lawyer?

“Absolutely not. I wouldn’t know Mark Grossman if he walked in this office right now,” Flynn said. “There was definitely no favoritism.”

Neither Grossman nor Greenman would comment on the outcome.

Grossman and Masich were charged with fourth-degree criminal mischief and third-degree criminal trespass after the removal of Masich’s boat from SP Marine, a Niagara Falls Boulevard shop where it had been taken for engine repairs.

The company now is out of business, and the owner, Sean K. Polley, was arrested in January on felony drug charges after a raid in Niagara Falls.

In a 2016 interview with The Buffalo News, Polley accused Grossman of using a pry bar to get into his building and damaging a surveillance video camera.

Hoffmann said she watched the video, and no crowbar was visible.

“You see Mark Grossman walking along the side of the building with his hand inside his shirt,” Hoffmann said. “You see him walk up to the door area, and the camera goes black.”

Hoffmann and Flynn said Grossman still must face the Attorney Grievance Committee, which has the power to discipline attorneys who are accused of misconduct.