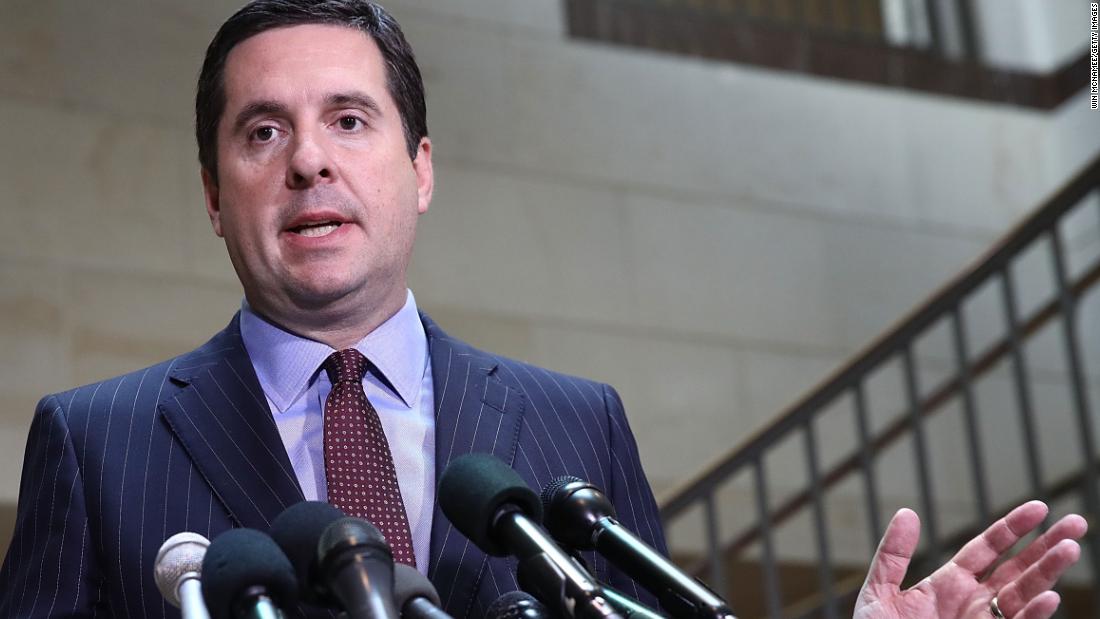 Nunes, who investigated accusations of FBI and Department of Justice abuse while he was previously chairman of the intelligence panel, did not say who he would be referring in a Fox News interview on Sunday.
Appearing on Fox’s “Sunday Morning Futures,” Nunes said five of the referrals are related to lying to Congress, misleading Congress and leaking classified information.
The other referrals, Nunes said, are allegations of lying to the FISA court that approves foreign surveillance warrants, manipulating intelligence and what he described as a “global leak referral,” which Nunes said wasn’t tied to one individual.
“We couldn’t really send these criminal referrals over without an Attorney General in place, so we are prepared this week to notify the Attorney General that we are prepared to send those referrals over and brief him if he wishes to be briefed. We think they’re pretty clear, but as of right now this is, this may not be all of them, but this cleans up quite a bit. We have eight referrals that we are prepared to send over to the Attorney General this week,” Nunes said.
Criminal referrals from Congress to the Justice Department are effectively requests for a criminal investigation from the Justice Department and the FBI.
When Republicans controlled Congress, Nunes launched a committee investigation into allegations the FBI and Justice Department abused the FISA process, including the release of a classified memo detailing his accusations.
The referrals are the latest action Nunes has taken since losing his gavel — and the subpoena power that comes with it — in the new Congress. Nunes last month sued Twitter and several parody accounts, including @devincow, accusing the social media site of censoring conservatives.