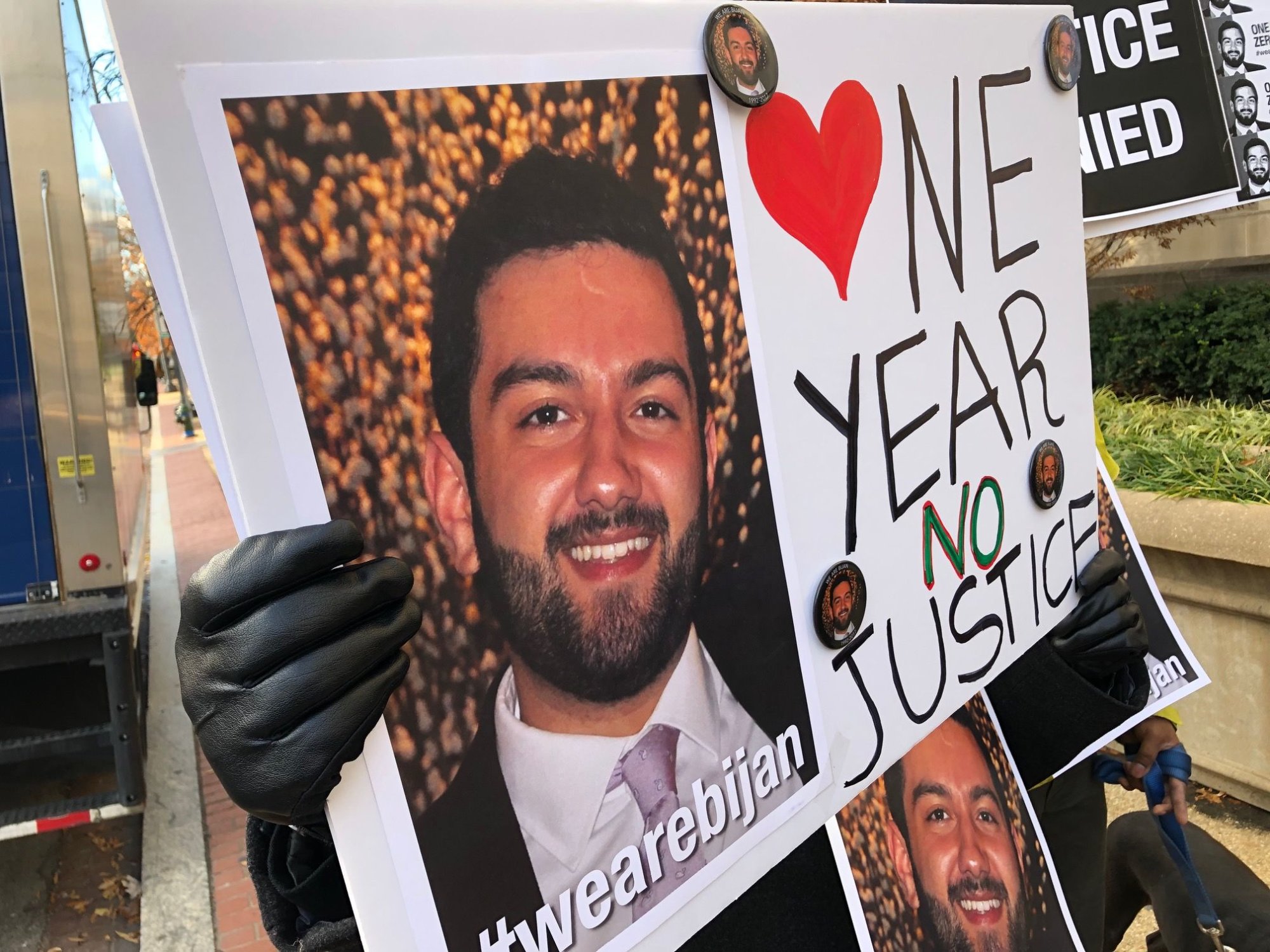 The lawyer for one of two U.S. Park Police officers who shot unarmed motorist Bijan Ghaisar during a November 2017 traffic stop has told a federal judge that after discussions with prosecutors, the criminal investigation into the Ghaisar shooting will “be resolved” within 20 days.

During a motions hearing in federal court in Alexandria, Virginia, where Ghaisar’s family has filed a wrongful-death civil case against officers Alejandro Amaya and Lucas Vinyard, Amaya’s attorney, Kobie Flowers, told Magistrate Judge Ivan Davis he has been in discussions with D.C. prosecutors, who have been investigating whether the officers should be charged criminally.

Flowers went to great lengths to not discuss in open court what the case’s resolution would be, but he mentioned the possibility the U.S. government might “intervene” to represent the officers. Since the Department of Justice would be precluded from representing the officers if it was also charging them with crimes, Flowers comments suggest he had reason to believe the officers would be cleared.

Flowers said Vinyard’s attorney, Stuart Sears was also involved in the discussions with the government.

Outside the courtroom, Flowers declined to elaborate on what led him to believe the case would be resolved within three weeks.

Contacted by WTOP, Kadia Koroma, spokesperson for D.C.’s U.S. Attorney’s Office gave “no comment” when asked if the criminal investigation against the officers would be wrapped up within 20 days.

“This is an outrage,” said Thomas Connolly, who is representing the Ghaisar family in the federal lawsuit. In court was the first time he heard the criminal case might soon be resolved.

The Ghaisar family has been seeking answers about the shooting for 18 months, and has sought criminal charges against the officers.

Connolly was incredulous the government had been communicating with officers’ lawyers, but not keeping the victim’s family in the loop. “They won’t pick up the phone.”

While the possibility of the officers being cleared criminally was raised in the courtroom, there is also the possibility the “resolution” Flowers referred to could involve a plea agreement on any charge from the most minor criminal infraction, up to manslaughter or murder.

Typically, if the government was planning on reaching a plea agreement in an officer-related shooting, they would discuss the possibility with the victim’s family during negotiations, to gauge their agreement or opposition.

After meeting behind closed doors with the Ghaisar family, Connolly told reporters: “I’m going to be in touch with prosecutors.”

Officers Amaya and Vinyard were not in the courtroom during the hearing.

In March, the officers were first identified in the family’s civil suit, after Fairfax County police documents identified Amaya and Vinyard as the involved officers.

Fairfax County police were involved in a chase along George Washington Parkway, which continued into the Fort Hunt area of Fairfax County.

Ghaisar was followed by police after his Jeep was rear-ended in a fender-bender in Old Town Alexandria.

As Park Police and Fairfax County police followed Ghaisar down George Washington Parkway, he stopped his car twice, and drove away twice as Park Police tried to pull him over.

After the third stop, at a stop sign, Ghaisar was shot nine times by the police officers, according to the family’s lawsuit. He was unarmed.

Later Friday, Rep. Don Beyer, D-Va., said in a statement, “How can Bijan’s family or the people in his community possibly trust in the fair outcome of an investigation, which unfolds in such a manner? A process this bad cannot help but damage citizens’ faith in their government.”

© 2019 WTOP. All Rights Reserved. This website is not intended for users located within the European Economic Area.