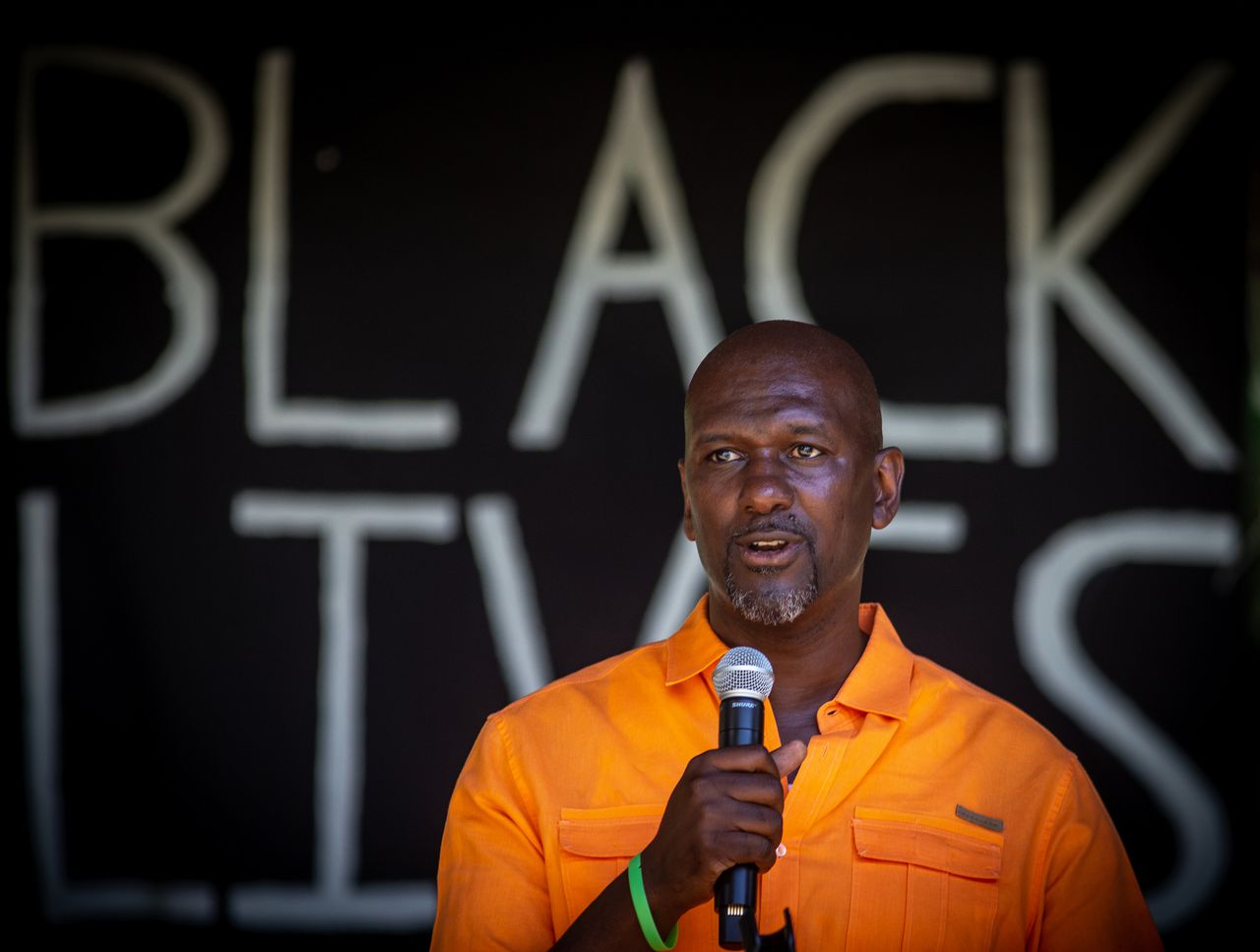 Williams said there was “insufficient evidence” to prove beyond a reasonable doubt that officers “willfully violated” Fesser’s civil rights or federal public corruption laws. The FBI and federal prosecutors found they couldn’t prove officers acted with the specific intent to violate laws.

“It is not enough to show that an officer made a mistake, acted negligently, acted by accident or mistake, or even exercised bad judgment,” Williams said in a statement. “Here, the government cannot prove that the manner in which Mr. Fesser was arrested violated a federally protected right, or that the actions taken by law enforcement officials were willful as defined above.”

The decision comes a year after the Justice Department announced it would lead a civil rights investigation into Fesser’s arrest on theft charges and nine days before Williams leaves office. Williams met with Fesser and his lawyer for more than an hour Friday morning.

READ all Oregonian/OregonLive coverage of the Michael Fesser case

The U.S. Attorney’s Office interviewed 18 people, including Fesser, current and former police officers, current and former West Linn city employees and community members in the investigation. It also examined about 28,000 pages of documents in response to 24 subpoenas for investigative, training, disciplinary, phone and financial records.

Three members of Congress last February called for federal prosecutors to examine the actions of West Linn police in building a questionable theft case against Fesser, who is Black, after The Oregonian/OregonLive revealed that West Linn had paid $600,000 to Fesser to settle his federal discrimination and wrongful arrest lawsuit.

West Linn police arrested Fesser in an investigation instigated by former Police Chief Terry Timeus as a favor for a friend. The police chief’s friend was Fesser’s boss, Eric Benson, a West Linn resident and owner of A&B Towing Co. in Southeast Portland.

Benson targeted Fesser because Fesser had complained about racist comments and harassment at work. All theft charges against Fesser were dismissed, and Benson paid Fesser $415,000 to settle a separate civil suit.

Because the investigation “raised issues concerning the broader policies and practices of the West Linn Police Department, ” the U.S. Attorney’s Office has offered to connect West Linn and its police to federal technical assistance on national community oriented policing, Williams said.

West Linn and its police remain committed to “earning back the respect and trust of our community,” said Jerry Gabrielatos, West Linn’s city manager, in a statement.

Since the case was publicized, West Linn fired the lead investigator in the case, Sgt. Tony Reeves, and West Linn Chief Terry Kruger, who took the job in June 2018. Fesser’s notice of intent to sue West Linn police arrived on the first day Kruger started as chief.

Last May, the Clackamas County District Attorney’s Office said it would no longer call Reeves as a witness after finding he colluded with Timeus to pursue an unsupported arrest of Fesser for a personal friend of the chief’s.

That investigation also found that Reeves withheld key evidence, engaged in an illegal recording of Fesser, deleted racist and vulgar text messages he received from Fesser’s boss on his cellphone and disclosed Fesser’s confidential attorney-client information to Fesser’s boss.

Paul Buchanan, Fesser’s lawyer, said he recognized the “high bar” required to support a federal criminal civil rights case and isn’t surprised by the outcome. He said he believes the federal inquiry was thorough.

“It’s healthy that local police had to undergo the scrutiny of this process from the federal government. I understand that, unfortunately, under current law, proving a federal criminal civil rights violation by the police is extraordinarily challenging,” Buchanan said. “As Cory Booker in the U.S. Senate has been advocating, we need a change in federal law to alter the kind of casual impunity that officers involved in this wrongful arrest displayed.”

Buchanan said he was disappointed that the U.S. Attorney’s office didn’t consider actions by then-West Linn Lt. Mike Stradley as criminal conduct, namely a November 2017 report Stradley made to his former colleagues at the Portland Police Bureau.

Stradley had contacted a Portland police gang enforcement officer that month after a grand jury indicted Fesser on first-degree theft charges. Stradley told the gang enforcement officer that there was a warrant for Fesser’s arrest and to be on alert because Fesser had made threats to assault his former boss, Benson, at A&B Towing, as well as Benson’s employees and made threats to “damage his business,” according to the police report.

That was blatantly false, Buchanan has argued, directly contradicting sworn statements that Stradley and Benson gave in the course of Fesser’s federal civil suit. Both said they had no knowledge of any threats Fesser had made.

“Mr. Benson repeatedly testified that Mr. Fesser had never threatened in him in any way. Stradley said that he knew virtually nothing about Mr. Fesser’s activities in the past several decades,” Buchanan said Friday.

“I believe Mike Stradley was attempting to bring about an aggressive arrest of Michael Fesser by making false statements in that police report. He put Michael’s life in danger. Maybe that doesn’t violate a federal criminal civil rights statute. But it should,” Buchanan said. “Making a false police report certainly violates Oregon state law. That should be especially true for a police officer.”

Buchanan said Stradley shouldn’t be allowed to return to teach “the next generation” of officers.

U.S. Rep. Earl Blumenauer, D-Ore., who along with Oregon’s two U.S. senators had called for the federal inquiry into Fesser’s arrest, also expressed dismay on the outcome.

“I find it incredibly upsetting that Trump’s outgoing U.S. Attorney for Oregon has decided that he can’t make a case out on the clearly illegal and unjustified arrest of Michael Fesser,” Blumenauer said in a statement.

“However, in two weeks, the U.S. House of Representatives will vote on the George Floyd Justice in Policing Act, which would directly impact cases like this by making it easier for people to prove civil rights violations,” he said. “Mr. Fesser and all of those who have been wronged by police misconduct deserve justice.”