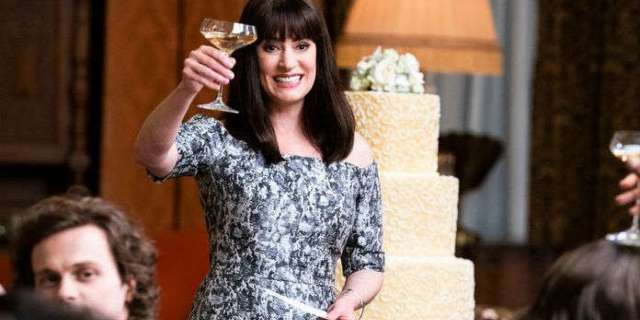 It looks like Paget Brewster isn’t going too far away after all. The longtime cast member of Criminal Minds will remain with the CBS network when the show wraps up its 13th and final season in early 2020. She announced on Twitter that she will join the cast of Mom for at least two episodes.

While there’s a chance she stays on for longer, Brewester’s role for two episodes will be that of Veronica Stone. This character will act as the new boss at the firm and according to TV Line, “as a most demanding senior partner with high expectations and a lot of energy — which she channels into yelling at poor Christy.”

To that tweet, the show’s star, Anna Faris, responded, “I love you!”

Mom will be making its season premiere on Thursday, September 26 at 9 p.m. ET. The series has risen to the top of the network, now acting as CBS’s second best comedy behind Young Sheldon, the spin-off series to Big Bang Theory.

The series follows the mother-daughter relationship of Christy and Bonnie Plunkett. Christy is played by the series’ star, Farris, while Bonnie is played by Allison Janney. The show first premiered in September of 2013. It will be airing its seventh season this fall.

In February it was announced that show already had been picked up for an eighth season.

Brewster began with the cast of Criminal Minds back in 2006. Outside of a brief two-year gap, she was on the set of the series up until this year. That’s 181 episodes to her credit in the role of Emily Prentiss.

When Brewster had her return to the series announced in 2016, showrunner Erica Messer was thrilled to return one of the show’s stars.

“We’re excited to have Paget Brewster back for multiple episodes in our 12th season. The BAU can use more help this year since they’ve got a lot of known and unknown subjects to catch.”

During the timeframe in between Criminal Minds, she appeared in 14 episodes of Community and 22 episodes of Another Period, which aired on Comedy Central.