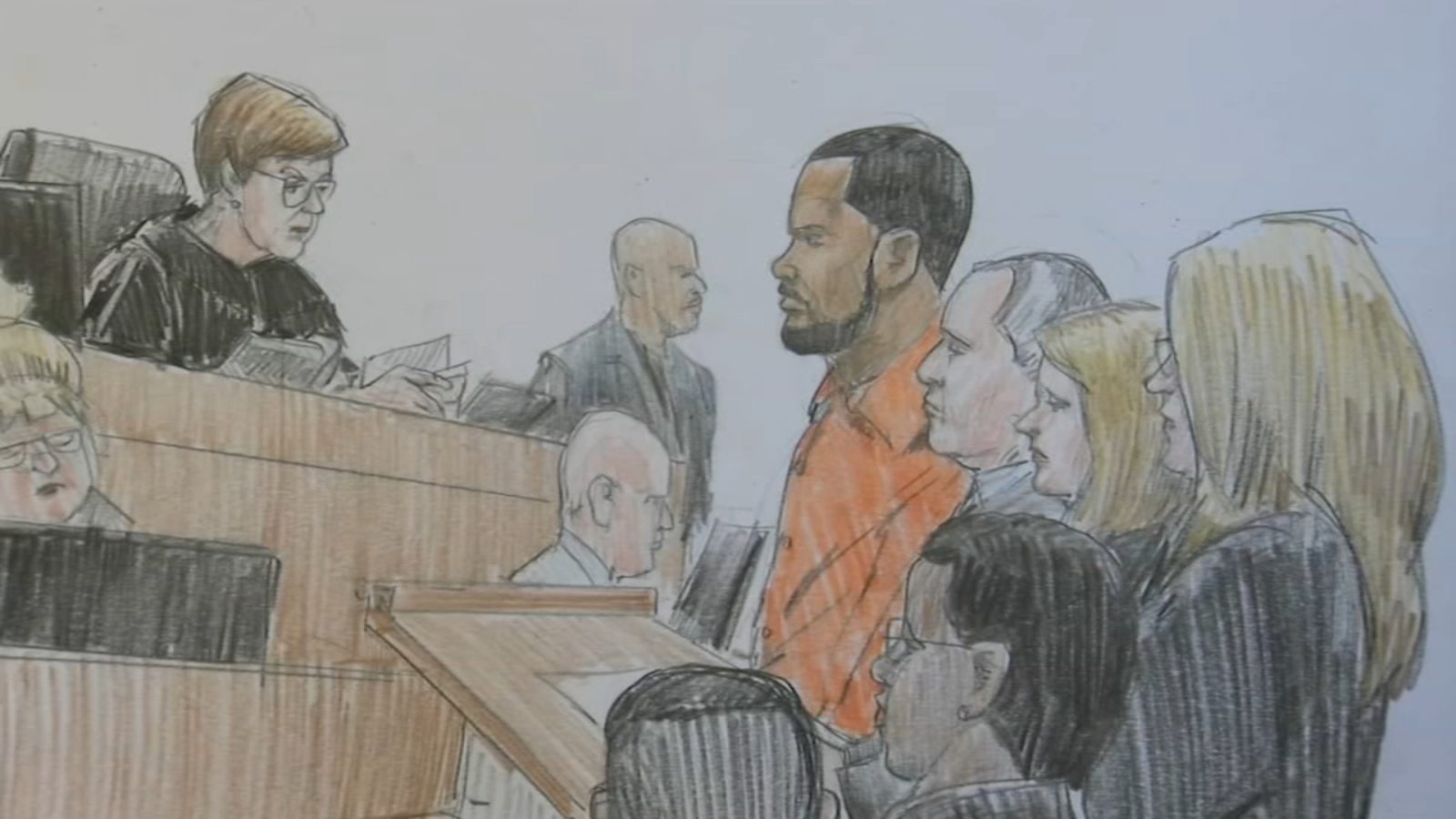 CHICAGO — Singer R. Kelly remains in custody in Chicago on federal sex crime charges including child pornography, enticement of a minor and obstruction of justice.

The embattled singer appeared in federal court Friday afternoon for what his lawyer described as “essentially an extradition hearing” regarding the charges filed against him in the Eastern District of New York. Kelly will remain in custody until at least Tuesday, when he’s due in court for an arraignment on the charges filed in Illinois.

The five alleged victims were all underage when prosecutors said they had sex with Kelly in the late 1990s. Prosecutors also charged Kelly and two associates, including manager Derrel McDavid, with a decades-long conspiracy to silence victims and witnesses.

“All of these charges are decades old, and all of a sudden people are coming forward,” said Steve Greenberg, Kelly’s attorney.

In one case, prosecutors said an alleged victim was paid $350,000 to return videotapes showing Kelly having sex with her and another minor, and then allegedly forced to take a polygraph to ensure all videos had been returned.

There is a second federal indictment out of Brooklyn, New York, in which Kelly is charged with racketeering, including acts of coercing and transporting minor girls to engage in sex, spanning two decades in New York, Connecticut, Illinois and California. Prosecutors said he was at the center of an “enterprise” to recruit women and underage girls.

“I don’t think people accidentally have sex, so I don’t know what the criminal activity is there,” Greenberg said of the coercion allegations.

“According to the indictment as alleged, he’s a predator,” said Angel Melendez, Special Agent in Charge, Homeland Security Investigations.

Kelly was charged under a human trafficking statute. Prosecutors allege five other women and girls were flown around the country for sex and forced to obey rules including calling Kelly “daddy,” being forced to wear baggy clothes when not with the singer, and directed not to look at other men. Some of them were allegedly drugged and beaten, and given a venereal disease by Kelly.

One woman said she felt forced to have sex “after noticing a gun in the room…that Kelly had placed nearby.”

Between the two indictments, there are a total of 10 alleged victims. If Kelly is convicted, it could mean decades behind bars.

A judge, federal prosecutors and Greenberg, will meet Monday to determine whether the singer will self-report to New York or be held in custody on the New York charges should Kelly be released on bond on Tuesday.

Greenberg said his position is that Kelly should at least get bail on the Illinois charges, if not for both cases.

Kelly was acquitted at trial in 2008 on pornography charges. His attorney denied wrongdoing again Friday.

Kelly was out walking his dog Thursday when he was arrested by Homeland Security agents and New York Police Department detectives in Chicago on two separate indictments. The singer is being held by federal authorities at the Metropolitan Correctional Center and was ordered held on a no bond order at a court appearance Thursday night.

Friday morning, federal agents conducted a search in the singer’s residence in Trump Tower in Chicago.

McDavid appeared in court Friday morning and was released after posting bond.

“NO COMMENT” – R Kelly’s business manager Derrell McDavid walked out of federal court today. He was released on $500,000 bond. Accused of covering up evidence and threatening victims. Caught up with him at court. @ABC7Chicago pic.twitter.com/tokv4VkPPB

Kelly is already facing sexual abuse charges brought by Illinois prosecutors. The 52-year-old was taken into custody back in February, accused of sexually abusing three girls and a woman in Illinois.

Last May, Cook County prosecutors added 11 more sex-related counts. Kelly has maintained his innocence and pleaded not guilty to the Illinois charges.

“We were expecting this. This is nothing new. Mr. Greenberg has assembled several federal lawyers to represent Mr. Kelly and that is where we are,” Johnson said.

Family members of Jocelyn Savage interrupted the press conference by Johnson. Savage’s parents said they haven’t spoken to her in three years, claiming the 23 year old has been brainwashed by Kelly and held against her will.

“He needs to be held accountable for what he has been doing with little girls,” Timothy Savage said.
After the press conference was over, Johnson was seen walking away with Jocelyn Savage’s father.

Celebrity attorney Michael Avenatti, who has been representing some of the alleged victims in this case, announced over Twitter that he’s planning to do the same on Monday morning.

U.S. Attorney John Lausch said in a statement, “This indictment demonstrates our office’s commitment to holding individuals such as Kelly accountable for criminal sexual abuse of minors, protecting the victims of such crimes, and punishing those who obstruct law enforcement investigations. I thank the courageous individuals who provided law enforcement with important information related to these allegations, and I encourage others with helpful information to do the same. Together with our law enforcement partners and with the help of victims and other witnesses, we will continue to vigorously investigate and prosecute individuals who sexually exploit children.”

Cook County State’s Attorney’s Office released a statement Friday, “Today’s indictment by our federal law enforcement partners demonstrates the collaborative efforts of our criminal justice system. My office was pleased to work together to secure these charges and will continue to work with our colleagues in the pursuit of justice for all victims. And let us be clear: this is not just about surviving R. Kelly. For most victims, it’s about surviving a less famous abuser, a trusted adult, or a total stranger.

“As a prosecutor and a survivor of sexual assault, I recognize the courage it takes to come forward, and I understand the trauma of doing so. The Cook County State’s Attorney’s Office will continue to prioritize public safety and support all victims of crime, and we will remain a compassionate resource for survivors as they regain their power and heal.”

The Associated Press contributed to this report