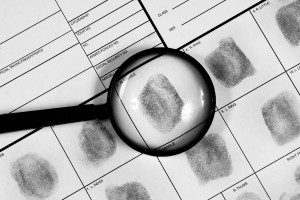 The State Bar of California has received more than 6,000 criminal history reports to review as a result of the ongoing re-fingerprinting of lawyers in the state.

Slightly more than 2,200 of the records involve attorney convictions for which the bar had no previous record, according to data from early March. Almost all of those crimes were misdemeanors, and less than one percent were felonies.

The 20 previously unreported felonies have already been sent to the bar’s Office of Chief Trial Counsel for review and possible disciplinary action.

Meanwhile, the number of the convictions the bar will need to scrutinize will certainly rise as more attorneys are re-fingerprinted ahead of the April 30 deadline for lawyers to do so without being penalized.

The bar recently reported that roughly two-thirds of the state’s 189,641 active lawyers had been fingerprinted as required, while 64,170 attorneys had not yet come into compliance.

State Bar Trustee Joanna Mendoza asked at a March 14 meeting of the agency’s Regulation and Discipline Committee whether the bar anticipated that the lawyers who were putting off getting re-fingerprinted were “likely to be the worst offenders.”

Dag MacLeod, the bar’s chief of mission advancement & accountability, said that could be a possibility.

Re-fingerprinting is underway because the California bar was required by a 1989 law to ensure the retention of submitted fingerprints so it could receive notifications of attorney arrests and convictions, but the agency did not seek to comply with the statute until recent years.

The bar signed a contract two years ago to ensure the state Department of Justice would retain the fingerprints of bar applicants who are ultimately admitted to practice so the agency would get reports of subsequent arrests and convictions. However, a mandatory re-fingerprinting process was the only way to ensure it would get those notifications for lawyers who were already licensed.

The state Legislature, which wanted to see such a process, gave the bar broad authority to re-fingerprint in the 2017 bill it passed to overhaul the agency.

So far, slightly more than 5 percent of the California attorneys fingerprinted in recent years have produced RAP sheets, for a total of 6,389 criminal records sent to bar.

In order to identify the cases requiring the most immediate attention, the bar culled out certain categories of records.

The bar also culled out those RAP sheets featuring only arrests and those with matters its Office of Chief Trial Counsel previously knew about. In addition, the agency put aside those cases pertaining to lawyers who are not active and those involving convictions for infractions, resulting in the 2,234 reports the bar is focusing on initially.

Another reason that number is likely to grow is because the agency is still closely reviewing the criminal history reports it received from FBI RAP sheets. Lamb, the bar spokesman, said it is more difficult to develop an automated routine for pulling data from those reports as opposed to the ones from the California DOJ because “the FBI RAP sheets often include data from multiple, out-of-state jurisdictions, making the data extraction much more complicated.”

As for those active attorneys who are not re-fingerprinted as of May 1, they will be fined $75. Those still out of compliance by August 1 will be fined another $100.

Lawyers who continue to flout the requirement will have their licenses transferred to inactive status as of Dec. 1.

Despite licensed attorneys already paying once to have their fingerprints submitted to the bar, the California Supreme Court ultimately endorsed the bar’s proposal to have attorneys pay the cost of re-fingerprinting. The bar estimated the average cost per lawyer at $82. 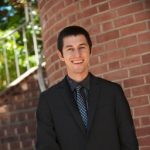 Lyle Moran is a freelance writer in San Diego who handles both journalism and content writing projects. He previously reported for the Los Angeles Daily Journal, San Diego Daily Transcript, Associated Press, and Lowell Sun. He can be reached at lmoransun@gmail.com.