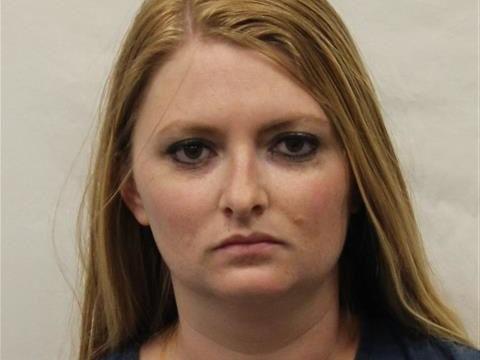 DANBURY — A Stokes County criminal-defense lawyer has been arrested on numerous drug charges, including conspiring with her boyfriend to sell marijuana, according to court documents.

Hayley Christine Sherman, 29, of the 600 block of West Dalton Road in King, was arrested Thursday on 16 felony and misdemeanor drug charges. That includes several counts of possession with intent to sell and deliver marijuana, arrest warrants allege.

Sherman is also accused of using the house she shares with her boyfriend, James Brandon Farmer, as a place to store illegal drugs and sell them, according to court documents.

Sherman lists the house as her office address, according to the N.C. State Bar’s website.

According to her Facebook page, she and Farmer are engaged to be married.

In a news release, the Stokes County Sheriff’s Office said sheriff’s deputies executed a search warrant on Sherman’s house after 1 a.m. Thursday. Deputies found marijuana, digital scales and other drug paraphernalia in the house. An amount of Xanax was also found in the house. The sheriff’s office said the Yadkin County Sheriff’s Office and the State Bureau of Investigation assisted in the two-month investigation.

Arrest warrants also allege that Sherman had drug paraphernalia, including digital scales and pill bottles to store marijuana. Sherman is also charged with conspiring with Farmer to sell and deliver marijuana.

The offense dates on all of her charges are March 29.

A number for her office is on the N.C. State Bar’s website. When a Winston-Salem Journal reporter called that number, a message came back saying that “the number you have dialed has calling restrictions that have prevented the completion of your call.”

Farmer, 33, who also lives in the house on West Dalton Road, is also charged with the same drug offenses as Sherman. Additionally, he is charged with two counts of misdemeanor child abuse. Arrest warrants allege that he allowed his child, who is under 16, to stay in a house that was used for illegal drug activity.

She is a graduate of Appalachian State University and Elon University School of Law. Her page on the business-networking website LinkedIn says she is a solo practitioner and is focused on criminal and family law.

“I represent indigent clients who are struggling with criminal issues and family matters, such as custody disputes,” she writes on her Linkedin page. “I regularly litigate cases in both District and Superior Court.”

They are scheduled to appear in Stokes District Court on April 18.