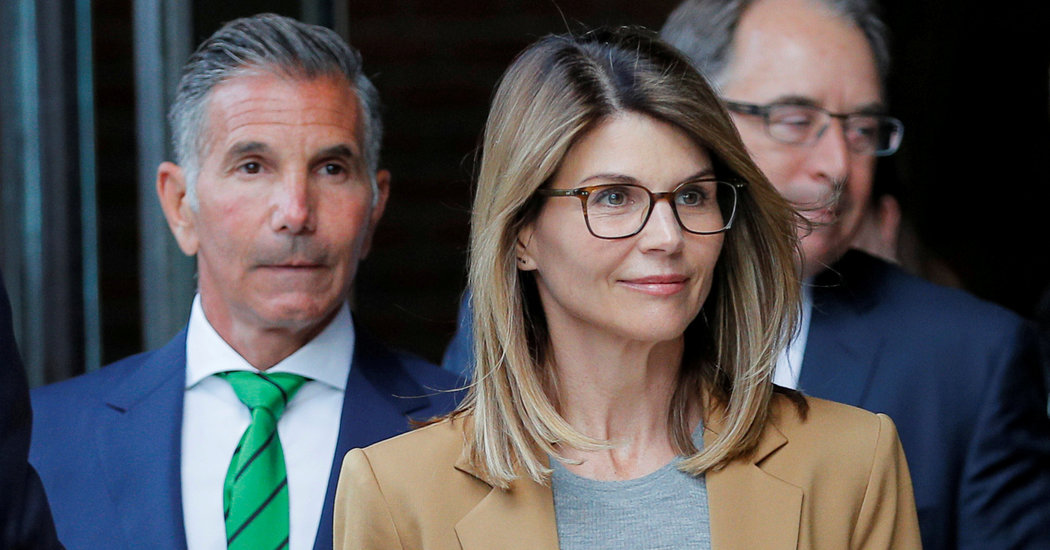 After 50 people, including parents and coaches, were charged last month with crimes, the nation’s largest-ever college admissions prosecution appeared to be ensnaring another group — students.

According to a lawyer involved in the case, at least some children of the parents who were charged in the scandal have received so-called target letters, which notify people that they could be targets of a criminal probe. The lawyer declined to be quoted by name, citing sensitivities about the ongoing case. A spokeswoman for the federal prosecutor’s office in Boston, which is handling the case, declined to comment on the development, which was previously reported in Law360, a legal news service, and The Wall Street Journal.

It was uncertain on Monday how many students received such target letters or whether they would, in fact, lead to additional charges. Several defense lawyers in the case said the children of their clients — parents charged with trying to get their children admitted to college with falsified athletic credentials or altered test scores — had not received such letters.

Federal prosecutors have said that some of the young people involved in the case were oblivious to what their parents were doing, while others were not. “At times, the students were in on it,” a federal prosecutor, Eric S. Rosen, said in court last week during one in a long schedule of hearings in the sprawling case.

More than a dozen parents, including the actress Lori Loughlin, have pleaded not guilty to the charges against them, court documents showed.

Ms. Loughlin’s not guilty plea on Monday came a week after 13 other parents, including the actress Felicity Huffman, indicated that they would plead guilty. The decisions by Ms. Loughlin and Ms. Huffman, the most widely known parents involved in the case, were only the latest way in which their legal paths have diverged.

[Read more about how Lori Loughlin and Felicity Huffman’s cases are different.]

Ms. Loughlin waived her right to appear in court for an arraignment after being indicted last week on a count of conspiracy to commit fraud and another of money laundering conspiracy. Her husband, the fashion designer Mossimo Giannulli, also entered a not guilty plea to the same charges, documents showed.

Ms. Loughlin and Mr. Giannulli are accused of paying $500,000 in bribes to ensure that their daughters would be admitted to the University of Southern California. The young women were presented as recruits for the women’s crew team, though they did not participate in the sport, according to prosecutors.

[Your questions answered on the college admissions scandal.]

Ms. Loughlin, who has appeared largely upbeat during court appearances, has not publicly spoken about the charges.

Also submitting not guilty pleas and waiving their rights to court appearances for arraignment were business executives, investors and others, including: Gamal Abdelaziz, a senior executive of a resort and casino operator; I-Hsin “Joey” Chen, a provider of warehousing and related services for the shipping industry; and Douglas Hodge, former chief executive of Pimco, one of the world’s biggest bond fund managers.