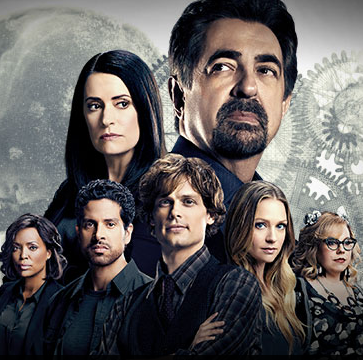 Criminal Minds is a TV show that was originally aired on CBS network and it now plays on ION television and Netflix. The first episode was released in 2005 and there have been 253 episodes filmed and released since then.

I’ve been watching the show for a couple of years now and have seen every single one. When I first started watching I became addicted. I would always want to know what was going to happen next and then by the time I got to the end…I’d be ready for another.

The show is about an FBI agency in Quantico, Virginia with a team that studies the minds of criminals such as killers, rapists, kidnappers, etc. The team spends the entirety of the show analyzing the way the criminal thinks and acts, with the goal to  find one specific suspect and put that person away.

There’s something about the way the actors make everything seem so real that makes me want to keep watching. Another bonus to watching is that each episode has a different plot and you don’t have to watch in a specific order.

I do, however, have a favorite episode of them all, “Derek.”  This episode is about a member of the FBI team, Derek Morgan, who gets abducted and his team rushes to find and save him. What makes this episode so interesting is that it isn’t like any of the others. The team actually relates to the situation since it’s one of their coworkers who is in danger.

The overall quality of the acting and my interest in the show is 5/5.

For more, you can check the show out here: http://www.cbs.com/shows/criminal_minds/