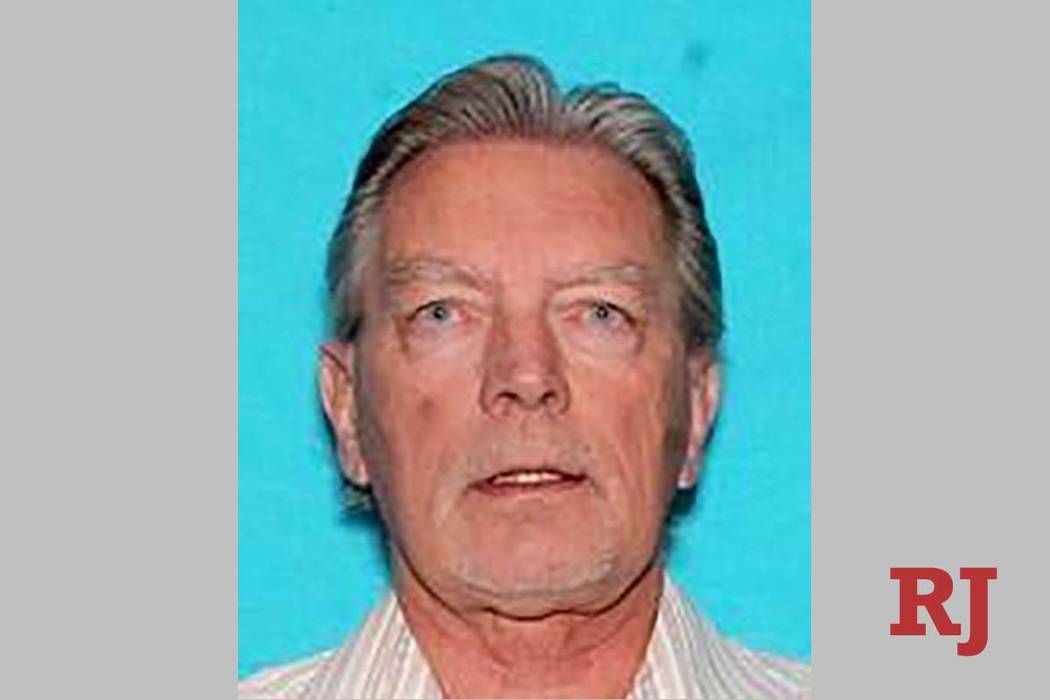 A longtime Las Vegas lawyer is accused of fatally shooting his girlfriend before killing himself last week in a rural California county about 70 miles southwest of Lake Tahoe.

The El Dorado County Sheriff’s Office has identified Ulrich Smith, a former defense attorney and prosecutor, as the suspect in the case. In 1994, Smith ran unsuccessfully for Clark County district attorney against Stewart Bell.

State Bar of Nevada records show that Smith received his license to practice law in Nevada in 1984 and that his license was suspended in November 2017.

About 10:15 a.m. Thursday, a woman, calling from a neighbor’s home, contacted the Sheriff’s Office to report that her daughter had been shot by Smith inside a home on Meyers Lane, located in a rural area of Somerset, California.

Deputies and SWAT officers surrounded the home and were able to speak to Smith, who they discovered was inside the house. According to the Sheriff’s Office, Smith was armed and refused to exit the home.

About 5:30 p.m., police heard a gunshot inside the house.

Inside, they found Smith dead from what appeared to be a self-inflicted gunshot wound. His girlfriend, Janet Trigg, also was found dead.

Clark County District Attorney Steve Wolfson said on Monday that he learned about Smith’s death over the weekend but knew little about the criminal investigation.

The two first met about 25 years ago, when Smith was a young prosecutor. Over the years, Wolfson said, Smith became a fixture in the courthouse.

“He was a nice man,” Wolfson told the Las Vegas Review-Journal. “I feel sorry for the fact that he took his own life.”

Former District Attorney David Roger, who worked alongside Smith, said he “was a good guy, but he battled demons since he was in the DA’s office.”

Roger declined to elaborate. Of last week’s shooting, Roger said, “It’s obviously sad for his victim and tragic for his family.”

Criminal defense attorney Robert Langford also worked with Smith as a prosecutor and was Smith’s campaign treasurer in 1994.

“He was a great guy who had a real heart for being a prosecutor,” Langford said. “He could connect well with people. He could find what was the most rational, reasonable argument and make it in a gentle, humble way.”

He said he never knew Smith to be violent.

Smith’s law license was first suspended for 90 days in 2002 after he bounced three trust account checks and failed to respond to inquiries from the State Bar of Nevada about what happened. He appealed the suspension a year later but lost.

In a separate plea agreement with the bar in 2017, Smith was suspended again for 90 days and ordered to pay $7,500 in restitution and fees, along with completing ethics and law practice classes.

The bar found that he had failed to provide accounting updates and dividends to a client while he retained a $5,000 monthly fee for himself.

He had appointed himself as a guardian for a client, while falsely stating in his guardianship petition that he had never been suspended, according to his suspension order.

“Although motivated by his concern for the client’s trust, Smith acted with intent in violating duties owed to his client, the public and the profession, resulting in actual or potential injury to all,” the order stated.

Three Nevada Supreme Court justices dissented with the suspension, stating that Smith’s suspension should have been longer, given the previous discipline he faced.