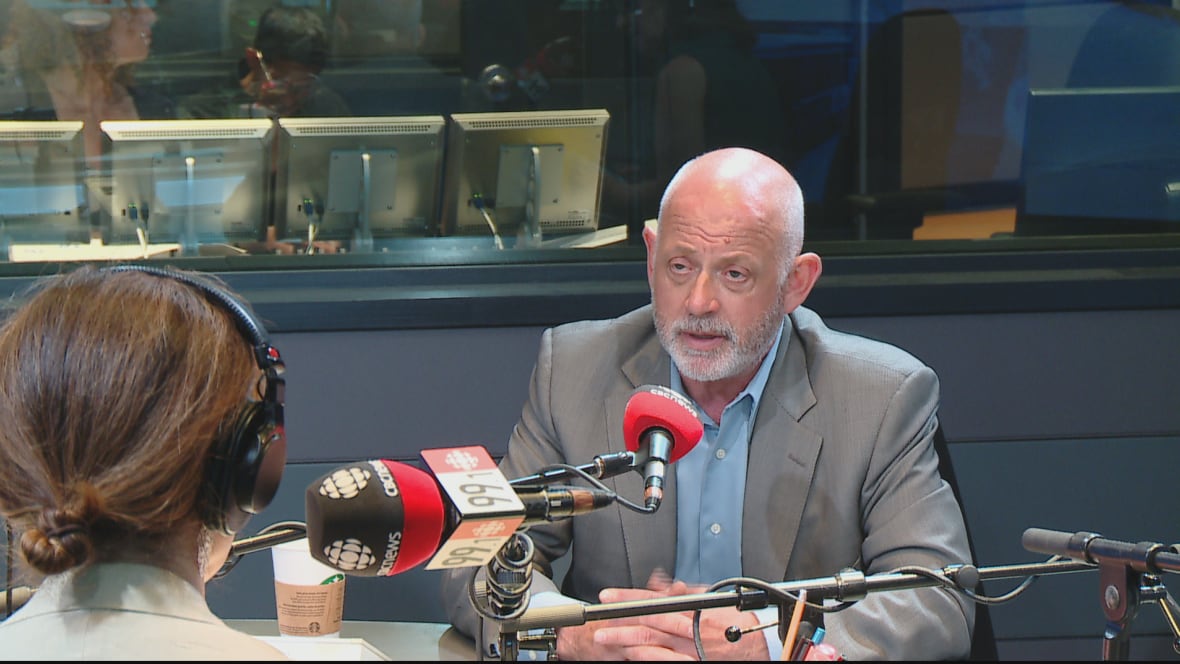 A Toronto criminal defence lawyer says he was not surprised Dellen Millard and Mark Smich were found guilty of first-degree murder in the slaying of Tim Bosma Friday.

Millard and Smich were convicted and sentenced in Ontario Superior Court to life in prison in with no possibility of parole for 25-years.

Bosma was killed after taking the two men on a test drive in his pickup truck the evening of May 6, 2013. The Crown alleges Bosma was shot and killed soon after, and his body burned in an incinerator.

CBC Here and Now host Gill Deacon spoke with Toronto criminal defence lawyer Russell Silverstein about the trial of Millard, 30, of Toronto, and Smich, 28, of Oakville, that lasted 4-and-a-half months in a Hamilton courtroom.

Gill Deacon (GD): What do you think of the verdict today?

Russell Silverstein (RS): I wasn’t surprised. When it became apparent that both the accused began pointing fingers at each other, and the defences were what we call cut-throat defences … It’s where one defendant says, ‘It’s not me, it’s him,’ and the other says, ‘It’s not me, it’s him,’ it’s very difficult to raise a reasonable doubt on your client’s behalf when you’re fighting not just the Crown’s evidence but fighting the position taken by your co-accused. In cases like this, juries often reject both defendants’ account of what happened and convict on the most serious charge of the indictment.

GD: Did the fact that only one of the accused testified impact the verdict?

RS: As soon as an accused doesn’t testify, you have to worry that the jury is going to make something of it. The jury is going to think it’s because he’s guilty and they will draw an inference of guilt for not testifying. The absence of Millard’s testimony probably didn’t impact negatively on Smich but it did deprive Smich’s lawyers of the opportunity to cross examine Millard so as to undermine his theory of the case.

GD: Both were sentenced within an hour of the verdict being read. There were no victim impact statements. Is that unusual?

RS: It’s becoming more unusual. In first degree murder trials, you’re seeing more and more victim impact statements because even though sentencing is mandatory, the judge wants to give the victims a chance to be heard. But here, the Crown Attorney said, ‘The family’s been through enough. We don’t want to stretch this out. Impose the sentences and let’s be done with this.’

GD: Life in prison with no parole eligibility for 25 years. Is that to be expected in a first degree murder charge?

RS: It’s mandatory. That’s what the Criminal Code says must be the sentence. It can’t be greater, it can’ be less. In the case of these men, they’re also facing trial for more murder charges and if they’re convicted, the likelihood of getting out of prison is zero. Millard is charged with killing a former girlfriend and Smich is charged as a co-accused in that murder. Millard also faces charges of murder in connection with the death of his father.