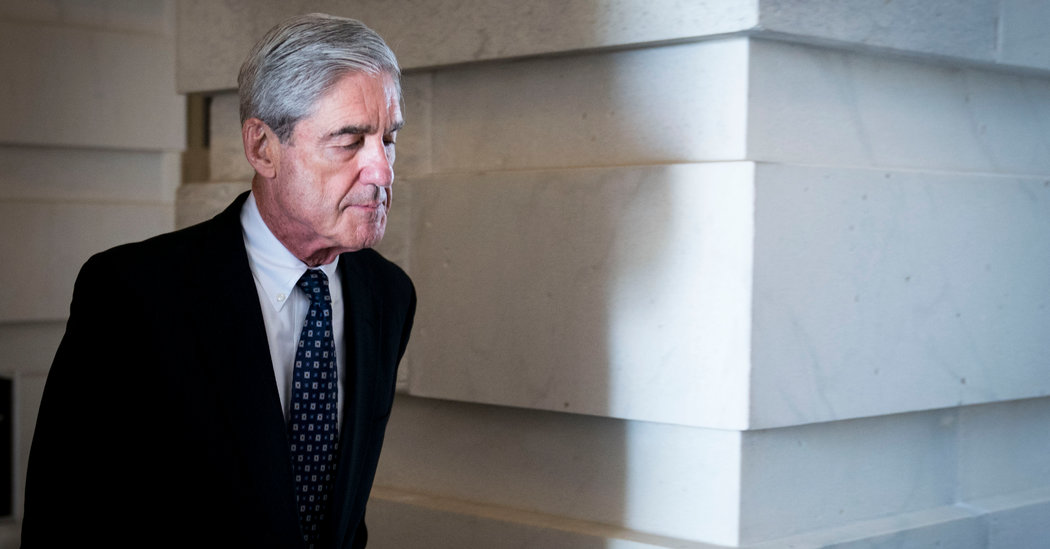 Reports that President Trump ordered the White House counsel, Donald F. McGahn II, to bring about the firing of the special counsel Robert Mueller last June are deeply troubling — not only as evidence of what the president has already done, but what he may yet do to obstruct justice and undermine the rule of law.

Whether Mr. Trump engaged in obstruction of justice is, of course, yet to be determined. But we already know the F.B.I. director James Comey said that Mr. Trump asked him to back off on the Russian election meddling inquiry, and in particular on investigating his national security adviser, Michael Flynn, and that Mr. Trump fired Mr. Comey when he refused to abide by these instructions. We have also seen reports that Mr. Trump directed Attorney General Jeff Sessions not to recuse himself from the Russia investigation, despite Mr. Sessions’s clear legal obligation to do so.

All of that, together with Mr. Trump’sinvolvement in a misleading public statement about the June 2016 Trump Tower meeting between close campaign advisers and Russian agents, strongly suggests that President Trump has been wrongfully trying to block the investigation.

Now there are reports that President Trump ordered the firing of Mr. Mueller last June. This is yet more evidence that the president is determined to block the investigation at all costs. It suggests Mr. Trump has something to hide about himself, his family or another associate. Therefore it goes to an element in any obstruction case, that of “corrupt intent” — whether a person’s actions were motivated by an improper purpose. An effort to fire Mr. Mueller would be particularly incriminating because it replicates the key moment when mere disgruntlement may have soured into illegality: Mr. Trump’s termination of Mr. Comey.

All of this is persuasive, but not conclusive, proof of obstruction. Mr. Mueller is surely aware of additional evidence, of aggravating or mitigating facts, that the public does not know. He has most likely not made up his mind, because the most critical element of the analysis is still missing: Mr. Mueller’s sitting down with the president, looking Mr. Trump in the eye and judging his words, demeanor and credibility as the president answers questions about the matter, including his intent. (Those questions would most likely be posed by one of the other prosecutors on the team, so Mr. Mueller can observe and judge.)

Then Mr. Mueller would make his decision about the obstruction of justice question under the criminal law after he concludes his investigation. He could elect to refer the matter to Congress, which has the power to decide that same question by applying its own separate standards under the impeachment clause of the Constitution.

Whether that happens remains to be seen. We do know this: The argument that President Trump has the absolute right to fire Mr. Mueller is just plain wrong. Imagine a town mayor who has the power to hire and fire the police chief. The police chief pulls over the mayor for speeding and the mayor says, “You’re fired.” The mayor may or may not be prosecuted for obstruction of justice or a similar offense, depending upon the facts and the precise wording of the criminal statutes.

But it is clear that the city council should seriously consider removing the mayor from office for conduct that essentially amounts to obstruction of justice. Although this is a matter for Congress to decide, we see no reason the standard applied to the conduct of the president of the United States should be any different.

As for the firewalls in place inside the White House and the Justice Department, the good news is that it appears both Mr. McGahn, in refusing this order to fire Mr. Mueller, and Attorney General Sessions, in recusing himself from the Russia investigation, have stood up to the president’s attempt to orchestrate the ouster of the special counsel.

Mr. McGahn knows that if Mr. Mueller or any subsequent prosecutor were to determine that such conduct did amount to obstruction of justice, he would be complicit if he relayed these shocking orders from Mr. Trump to the Justice Department, as Mr. Trump apparently requested him to do. He need only talk with one of his predecessors as White House counsel, John Dean, about the consequences of getting sucked into a president’s efforts to obstruct justice.

Even if a White House lawyer were not prosecuted and sent to prison for obstruction of justice, he could still lose his bar license for assisting a client in a crime. Indeed, Mr. Trump himself might accuse Mr. McGahn of malpractice after the fact for failing to stop him.

Yet Mr. McGahn’s forbearance in this instance offers only limited comfort to lawmakers and the public. He is reported to have pressured Mr. Sessions not to recuse himself, despite a clear legal duty to do so. He may have played a role in the misleading statement from Mr. Trump about the Trump Tower meeting. Moreover, Mr. McGahn has failed to prevent, or perhaps even enabled, other unethical or illegal behavior in the White House, from Kellyanne Conway’s promotion of Ivanka Trump’s clothing on television to high-ranking administration officials’ financial conflicts of interest.

A White House ethics lawyer reporting to Mr. McGahn even had the nerve to make the unpredecented and incorrect argument that federal ethics rules do not apply to the White House staff. We thus have little faith in Mr. McGahn’s desire or ability to prevent obstruction of justice and other illegal conduct, even if he may know enough to save his own skin by not getting too closely involved with it. The dam is weak and could break the next time it is tested.

Finally, these latest revelations make us even more worried that President Trump will in fact fire Robert Mueller, particularly as the investigation closes in on White House officials and perhaps members of the Trump family. Mr. Mueller gave Mr. Flynn a very favorable plea deal in exchange for cooperation against someone more senior, and that must mean those around the president or the president himself.

When that shoe drops, or is about to, Mr. Mueller’s job will again be at risk. It is critically important that Congress act now to pass legislation protecting the special counsel from being fired before his investigation and the ensuing prosecutions are concluded.

Richard W. Painter, a professor at the University of Minnesota Law School, is the vice chairman, and Norman L. Eisen the chairman, of Citizens for Responsibility and Ethics. They were chief White House ethics lawyers for Presidents George W. Bush and Barack Obama, respectively.