Skip to content
“He knows a lot of things about the President and he’s not averse to talking in the right situation,” one of Cohen’s New York friends who is in touch with him told CNN. “If they want information on Trump, he’s willing to give it.”
Cohen is planning to hire Guy Petrillo, a former chief of the criminal division of the US attorney’s office in Manhattan and an experienced trial lawyer, a source familiar confirmed. The source said all the paperwork and retainer may not have been finalized just yet.
The shift in legal strategy and signals of potential cooperation with investigators come as Cohen feels increasingly isolated from the President, whom he has been famously loyal to for more than a decade. Last week, CNN reported Cohen has indicated a willingness to cooperate to alleviate pressure on himself and his family.
RELATED: Cohen signals openness to cooperating with federal investigators
“He feels let down by him and isolated by him,” another friend of Cohen’s told CNN. Cohen has famously said he would take a bullet for Trump and he has fashioned himself as Trump’s “fixer,” willing to help handle situations quietly. Cohen facilitated a $130,000 payment to porn star Stormy Daniels weeks before the 2016 election to keep quiet her allegations of an affair a decade earlier with the then-candidate. The White House has denied any affair.
The mounting pressure on Cohen and his family since the April FBI raid of his home, hotel room and office has been weighing on him and his family, sources say. Cohen has not been charged with any wrongdoing but his attorneys have been combing through 3.7 million files and hundreds of encrypted messages that were swept up in the raid.
Several defense lawyers say that if Cohen is ultimately indicted, they don’t expect him to be charged with any wrongdoing until the government completes its review of the evidence seized in the raid. The court-appointed special master overseeing the review of material for attorney-client privileged information said it could be completed as soon as June 25. 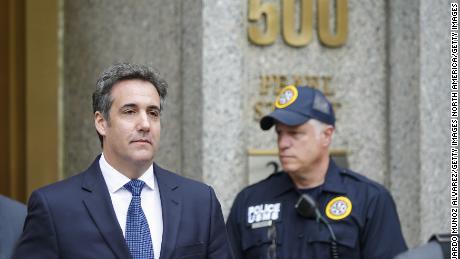 According to another Cohen friend, whether he decides to cooperate with federal investigators would depend on what is ultimately in any indictment. If the indictment is deemed relatively less serious than expected, for example, it’s possible that Cohen would choose to plead guilty. CNN reported on Friday that Cohen had not yet met with prosecutors to discuss a potential deal, and it’s unclear whether either side is seeking one.
“Anything is a possibility,” the person said.
Another source confirmed that Cohen and Petrillo had met to discuss taking Cohen on as a client. Petrillo and the Trump lawyer handling Cohen document review have not responded to requests for comment. Cohen’s current attorney did not immediately respond for comment.
Vanity Fair was first to report that Cohen has hired Petrillo. 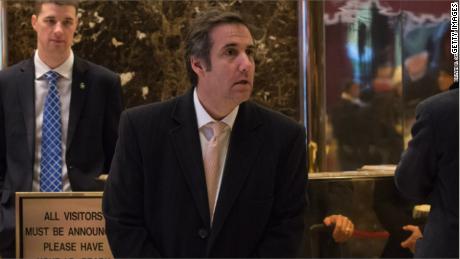 Petrillo is a well-respected former prosecutor who has ties to the same US attorney’s office that is investigating Cohen. He was an assistant US attorney for the Southern District of New York from 1990 until 1997. While there he overlapped with Robert Khuzami, the deputy US attorney overseeing the Cohen raid.
After a decade in private practice, Petrillo returned to the US attorney’s office in January 2008 and, until October 2009, was chief of the criminal division, where he had broad oversight of all investigations. He was recruited by Michael Garcia, who was nominated by Republican President George W. Bush.
Petrillo left government and set up his own boutique law firm focusing on representing individuals under criminal investigation.
He partnered with Joshua Klein, an experienced white-collar attorney who worked 13 years in the US attorney’s office investigating high-profile financial fraud, and Nelson Boxer, a former mob prosecutor from the same office.
The lawyers are experienced handling high-profile matters. Petrillo and Klein are representing amfAR, the AIDS charity, in the investigation by the Manhattan US attorney’s office into transactions involving the charity and Harvey Weinstein.
Petrillo and Klein also represent a former trader who was recently acquitted of eight charges of securities fraud and wire fraud. The jury deadlocked on one count of conspiracy, and a retrial is set for July. It isn’t clear if that is a factor in taking on Cohen as a client.