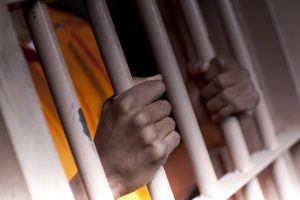 A longtime friend (and criminal defense attorney) is married to a woman who helped run a high-end modeling company.  She represented people like Cindy Crawford, Linda Evangelista, and Naomi Campbell.

My friend got to know this bevy of beauties and because I’d never met any super-models, I asked him what they were like.

“They’re just like you and me,” he told me.  “Except they won the gene pool.”

What he meant was, they didn’t ask to be who they were.  It just happened.  They were born with an extraordinary combination of genes that made them incredibly beautiful.  Without taking anything away from their hard work and perseverance (there are plenty of good-looking people who aren’t successful), this genetic bonus — their beauty — gave them an automatic step up in life.

In comparing this bounty with the people I represent and have seen in criminal court and behind bars, I can state that 95 percent of them are the gene-pool losers.  Not because they’re bad looking, but because from the get-go they were born with an extraordinarily unlucky combination of genes and life circumstances that made it highly probable that they’d be maladjusted and eventually enter the criminal justice system.

Let’s start with the obvious ones — low IQ, mental illness, emotional problems, and a home life that subjected them to childhood trauma since the day they were born.

Take my client Lana.  Her mom was only 16 when she was born.  She abandoned her at age five (trauma no. 1).  Lana spent the next 10 years in and out of foster homes, some good, some horrific (trauma no. 2).  She then, through Facebook, reunited with her biological dad who invited her to live with his new family.  He started having sex with her (trauma no. 3).  She became pregnant with his baby.  The baby was born with serious medical problems (trauma no. 4).  The father pleaded guilty to statutory rape and received a sentence of only one year in jail (trauma no. 5).  Meanwhile, Lana was kicked out of the home and ordered never to see her half-siblings again (trauma no. 6).  She was later arrested for violating this order of protection.  She became homeless (trauma no. 7).  Administration of Children’s Services (ACS) is now threatening to take her baby away from her.  He still hasn’t left the hospital (trauma no. 8 and 9).

Lana, unbelievably, is still making it on her own.  She’s smart, motivated, and looking for work.  But the bad stuff life has thrown her way would put even a super hero out of commission. (Lana’s worst enemy is her own anger, but is there any reason she shouldn’t be angry?)

I’m guessing there are thousands of stories like Lana’s out there, and probably even worse.  Talk to anyone doing time in jail, and you’ll hear a history of childhood trauma, abuse, neglect, poverty, drug addiction, and mental illness.  Our jails have become the country’s de facto asylum for the poor.  Except without sufficient treatment, rehab, medication, and support.  And that’s just crazy.

According to Christopher Wildeman, a sociologist at Cornell University and co-director of the National Data Archive on Child Abuse and Neglect, “Childhood trauma is a huge factor within the criminal justice system.  It is among the most important things that shapes addictive and criminal behavior in adulthood.”

The criminal justice system rarely takes this into account in meting out punishment, especially for recidivists. So a person’s had a screwed up life.  Maybe when he’s 17 and busted for pushing someone and stealing his cell phone, a judge will consider any past trauma as mitigation.  But if he commits the same crime at age 21, and then 27, even though he suffered the same childhood trauma whether it be mental illness, drug addiction, or sexual abuse, that history no longer matters.  Not only will his sentence get longer, but ultimately, it could lead to a life in prison (the three-strike rule.)

The question we have to ask ourselves is whether this approach is cost effective or fair.

The presumption in the criminal justice system is that we all start out as equals.  We make personal choices and decisions that lead us toward or away from getting into trouble.  We have free will.  But the reality is, some of us have less free will than others.

Some people are born into the hole of poverty, despair, and bad genes — a step below everyone else.  Before those people can even reach a semblance of equal footing, they’ve got to dig themselves out of that hole. Unless this reality is addressed through better schools in poor neighborhoods, outreach to young parents who need help, and better access to mental health and drug treatment, the revolving door of prison will never stop.  That’s a high cost to everybody.

Nobody gets better in prison. They just lose more ground.

Some people obviously become so unable to abide by the rules of society, they need to be segregated from it.  But many of these people, I daresay most, wouldn’t need the confines of a prison had there been sufficient early intervention, better education, and treatment.  A lot of this deficit stems from the poverty, lack of education, and the trauma their own parents suffered.

A more cost-effective and humane way, then, to deal with crime is not through longer terms of prison, but by spending the money to intervene sooner, and to keep intervening as the need arises.

Toni Messina has tried over 100 cases and has been practicing criminal law and immigration since 1990. You can follow her on Twitter: @tonitamess.